TRAGEDY IN THE STADIUM: CROWD SAFETY LESSONS FROM THE UK

Seven Kenyan lives have just been carelessly lost. It is highly scandalous that officials allowed a football match to continue, despite the unfolding tragedy in the stadium. Event management needs to be left to professionals, and here, the country can get valuable crowd safety lessons from the UK.

First of all, no major event should be allowed to continue without a set number of safety stewards. Their work is primarily to constantly keep a close watch of the crowd an immediately report to their supervisors any sign of trouble, however minute.

Such is the seriousness within which crowd safety is taken in the UK that this service is regularly outsourced to experienced and professional event management companies.
Arsenal's Emirates Stadium, Copyright, Agachiri 2010 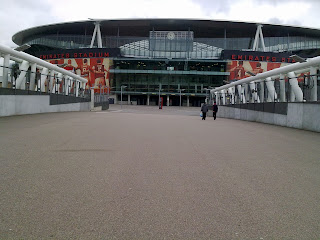 For example, at the Emirates Stadium in North London, home to Arsenal Football Club, the venue managers have their own team of stewards, who are deployed at all strategic places.
And because nothing is left to chance, the stadium management sub-contracts additional services to another event management firm, to ensure maximum crowd control.
So, as tens of thousands of football fans enjoy the match, hundreds of other personnel are monitoring safety-related aspects from inside the stadium, to the immediate external environs, including the car park, as spelt out by legal guidelines.
And every premiership match is categorized according to its inherent safety risks, based on previous crowd behaviours, which also determines the number of police officers deployed to the venue.
Routine Emergency Procedures
Anfield, Copyright Agachiri 2010
A most admirable trait in the UK is the high level preparedness or alertness that safety stewards and their supervisors have to be put in. As a matter of fact, before any event, stewards are taken through emergency procedures.
If anything goes wrong, the safety team knows exactly what to do because emergency procedures have  been rehearsed
White Hart Lane Before A Match, Copyright Agachiri 2010 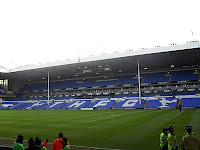 And one key element of these crowd safety preparations is the evacuation procedure. Using coded messages, event management officials armed with talk-back radio gadgets, are able communicate fast with each other on the nature and location of any trouble spot.
In Kenya, it is obvious the safety of spectators is not given such importance, because not even the death of fans is enough to prompt a complete evacuation of a stadium.

That more than 30,000 people can be almost abandoned, left under the care of a poorly prepared team of security agents, is in the very least careless and irresponsible.

Match organizers at the ill-fated Gor Mahia versus AFC Leopards clash at the Nyayo National Stadium should be held accountable for endangering the lives of Kenyans in the first place, by not putting in place adequate crowd safety measures.


And to allow the match to continue as people are being rushed to hospitals or the mortuary, whether somebody has paid for it to be broadcast live across the African continent or not, amounts to greed and criminal negligence. 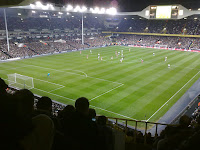 You obviously can't expect the sophisticated crowd control measures and the cost implications that are achievable in a developed country to be replicated in a 'poor' country like Kenya.
The bottom line however, in my view, is that all human lives are precious and should be protected to the best of available capacities.
The UK has had its share of stadium disasters with considerable fatalities but  lessons were learnt and remedial measures taken.
Will Kenya witness another stadium tragedy or will the government take concrete actions to prevent such disasters in the future, including formulation and enforcement of legally binding crowd control regulations?

It's all about our ability to contain crowds, how much discipline do we have, how organised are we and above all is it worth to die for a soccer much?

it is just a big shame to the officials, may the lives of those who perished rest in peace! hope next time more safety will be there

Unfortunately this being Kenya, they will shout with their loud empty voices until things quiet down, until the next disaster strikes. So aaaaaaaargh

Maybe consider not having soccer matches until enough security and planning are possible. Is a soccer match REALLY important enough to risk people's lives??