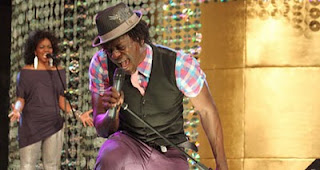 Monetizing talent. That perhaps is one area the producers of the just concluded Tusker Projet Fame 4 missed out on. They did pay out a hefty prize money to the winner and a recording contract to boot. But what about organizing concerts featuring the best contestants, or marketing related merchandise?

If reports are true that some people were crying at the show's finale, as the process of unveiling the winner got underway, then it is largely true that such people would have been more that willing to take a piece of the night's highlights with them.

In business terms, this connection with the performers could most certainly have been exploited to derive commercial value.

And here, we are talking about the producers having had had the acumen of ordering posters, T-shirts, caps, among other merchandise or souvenirs, and offered them for sale to the live audience as well as to those following the proceedings on telly.


Moreover, as the show was progressing from the audition stage to the finalists invited to the TPF Academy, and especially this latter stage that lasted eight weeks, the performers were being thrust in the public domain on a daily basis.

It follows then that the millions following the proceedings across the East African region must have developed either strong liking or disdain for certain performers. And to a keen or shrewd mind, therein lies a business opportunity.

A potentially lucrative revenue stream for both the producers and contestants could have opened up if the best of TPF 4 could have been packaged for grand performances in major cities or towns in the region.


I know it is neither fair nor practical to compare such reality shows to what happens in developed countries but that does not mean that lessons cannot be learnt from the likes of the X Factor show in the United Kingdom.
If one momentarily puts aside the often stated poverty levels existing in this part of the world, then the real potential of monetizing the talent on display in TPF becomes clearer, when juxtaposed with how the mega UK show derives huge profits.
Soon after concluding the X Factor TV shows, the most popular acts are paired with the winner and other finalists to headline big shows across the UK, many of which are sold out, and which also act as platforms of selling related merchandise.
Can't the TPF producers find ways of organising a musical tour of the finalists and even judges, in various venues across the East African region, at a profit?
It could be a long shot but if the entry tickets are reasonably priced, the legions of fans that have been religiously tuning in, might just warm up to the prospect of paying to get some live action in a town or city near them.
Posted by Albert Gachiri at 10:13

Brilliant Idea! I hope the concerned parties get this...

very true i second this opinion.

i agree...i hope eabl gets to hear this.

great, i like the idea.make sure eabl gets this.

I just love the writer of this article we all had minds like his we wouldn't be developing countries but developed kudos and hope the targeted party gets to read this.

note that some TV stations are run by some graying individuals, who are not so keen in making money out of those contestants

I hope organizers and producers are reading this

That should be the right thing to do for both the finalist who always feel left out and the promoters who can gain fro the exposure.

dry cleaning servicesis a manner of cleaning clothes besides the use of water. The absence of water in the manner is the place the identify dry cleansing comes from.

Is it your problem finding a company who offersrug cleaning services? Don’t worry cotton care saves the day! Cotton care offers the cheapest but excellent services for blinds.

In today’s era, due to the day by day busy schedule, people are hardly ever left with time to do housekeeping and center of attention on other essential issues, like, washing dishes, washing clothes, etc. hence, they employ people to help them to raise out their frequent day by day business especially in dry cleaning service because it’s too much of a hassle to go and pass by to store for laundry.

dry cleaning service with organic solution applications and in the lack of air is dry cleaning system. These are closely checked for stains until the clothes are dry cleaned. Stains must be properly pretreated before dry cleaning, in general, of these refined products.

When having a dry cleaning service Singapore delivery, never try to free yourself from the stain. You can also set the color or throw the color out of the fabric. But do not blow but rub if the fluid is poured into the cloth. Water or soda club flushing is usually OK.

You want a shop with an affordable yet valuable tapestry carpet cleaning service? Let cotton therapy help you. Results of their A+ performance were budget-friendly.