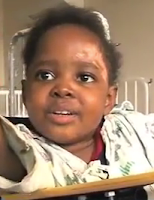 One advantage of digital migration is that TV stations will have more channels at their disposal. But not many industry players are enthusiastic about the challenge of identifying suitable content for the extra channels. I think some of these frequencies should be dedicated to community service, like medical appeals.


Many are the times I have heard to disappoint people seeking to have the plight of their relative or loved ones highlighted in the news, so that well-wishers out there can come to their assistance.

In as much as one may sympathize with people with health related problems, and might very much be willing to assist in having their cases aired, it is not such a simple decision for a news editor.

The reason for turning down such requests might appear insensitive and even selfish but it's nevertheless quite valid. Saying yes to one person and having a story aired is almost guaranteed to lead to one thing. More and more people calling in with similar requests.

If especially after highlighting a needy case, a great response is generated and donations and pledges of assistance come pouring in, you can be sure this will trigger more medical appeal requests.

There have been situations, where sick people are brought to broadcast stations and even abandoned there, in extreme cases. So as a policy, a media company might want to control coverage of medical appeals or restrict it to only the most unusual cases.

But as demonstrated by the story of the 4-year-old amputee, detained in hospital because of unsettled bills, which was aired by K24, people's willingness to help is something that needs to be tapped into not curtailed.

Hence my argument for some TV channels to be dedicated to community service, like facilitating medical appeals, once the country migrates to a digital platform.
Posted by Albert Gachiri at 16:46

How about a Red Cross Channel?

Not bad to help the community by airing its happiness and problems than to air the abuses of some politicians whom they do not care about the people of society. I congratulate such stations for the good job of letting us Kenyans help each other.