War. Journalism. When the worlds represented by these two words collide, there's a very high chance of the humanity in journalists coming into conflict with their professional responsibilities. And this became evident, when the crew of a Kenyan TV station covering the war in Somalia, was caught in the crossfire.

Reporting of the war on Al Shabaab, being waged by the Kenya Defence Forces, has largely been consisting of the weekly military briefings, statements by the military's spokesman and almost daily print and broadcast stories filed by the various journalists on the war front.

The news items have markedly been devoid of any real combat action accounts, and at times even difficult to distinguish real facts from war propaganda. The Al Shabaab militia after all, has also been issuing its own favourable casualty figures. 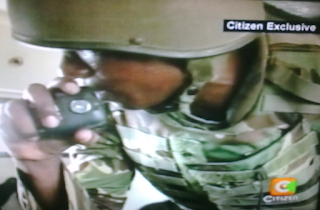 But this routine was dramatically shattered, when the Citizen TV crew got the full brunt of the implications of reporting war, after Al Shabaab militants started firing at the convoy of Kenyan troops they were travelling with.

Such is the moment many people perhaps had been waiting for, since this incursion started last October. Real frontline action. And the experience was made even more alive, courtesy of the brave cameraman, who kept filming amid all the shooting. This is a major risk, even in terms of it later being a source of trauma. In her important publication, 'Reporting War,' Sharon Schmickle observes with relief that:


"A former sense of 'macho journalism' is giving way to a smarter approach that is grounded in scientific wisdom about trauma and its costs to people and job performance."

But the way the story was told in the subsequent evening news, however, was to me disappointing on two fronts. One, Citizen TV found it a tad too important to bask in the glory of being in possession of the exclusive dramatic footage, to the extent, I feel, of watering down the impact of the encounter. 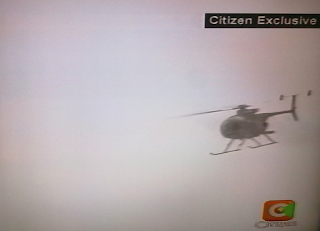 Much as that story was visually thrilling and warranting some chest thumping by the channel, it provided a window into the dangerous world of the soldiers, fighting hard to safeguard Kenya's national security. And not forgetting the possible mental anguish of the journalist covering the same.

It would thus have been appropriate for the station not to appear too excited for getting this scoop, especially given the way their reporter on the ground appeared so shaken by the day's event, because this was in conflict with the 'celebratory' tone used in delivering the story. 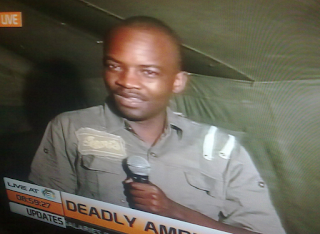 Secondly, I think mixing the facts of the story and the personal experiences of the crew in the main story did not work well. Both perspectives are extremely important and this is why I expected two separate stories.

Proper context has to be provided, for viewers to appreciate why the reporter is more of a human being than a journalist, when he is recounting the frightening details of being caught up in enemy fire.

Otherwise, it would be very easy to ask, 'What does a journalist covering a war expect, if not to touch fear, taste blood, hear explosions, see dead bodies or smell death itself?' Maybe, but this does not mean the journalist has to always react with professional distance. Sharon Schmickle says:


"Allow yourself some normal response. Sure you are a brave correspondent, but you also are a human being with deep-seated emotions that may startle the journalist in you."

So let's applaud journalists covering war and lessen their peril by allowing them to once in a while keep aside their professional responsibilities and be human in reacting to the dangers they encounter.