In the just concluded General Election, should the Kenyan media have put more emphasis on a peaceful process or a just one? Ideally, both would have been equally desirable. But, it appears, peace got more media attention. Tough luck for those citing injustices in the electoral process. 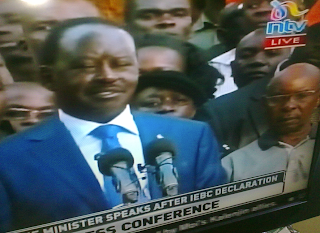 But injustices, thankfully, can now be pursued in the corridors of justice. But as for peace, there's no telling what could happen if that is no longer obtainable. With hindsight, though, Kenyans have a pretty ugly idea of what that could entail.

So, should the local press be demonised for putting a higher premium on peace campaigns and deliberately shielding their audience from potentially destabilising statements from politicians? 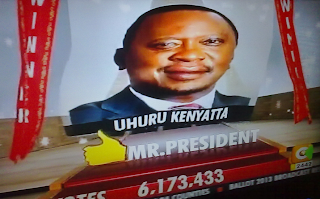 Isn't it so much better that even after the announcement of the election results, those aggrieved have an opportunity to seek credible legal redress, as opposed to their supporters pouring out in the streets and causing mayhem?

It is easy, especially for those, who never experienced first-hand, the effects of the flawed 2007 presidential election in Kenya, to castigate the local media's collective decision to trod on the safe path of 'patriotic journalism.'

Granted, it might be true, as argued by Michela Wrong that:

But I applaud this decision because even in the face of disagreements about the poll results, the country is holding together. Kenyans are taking this electoral dispute in their stride, the polarising public discourse notwithstanding. 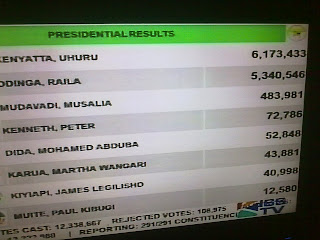 Moreover, it's hard to believe that Wrong missed the irony of the CORD team claiming it was being denied media coverage. She laments that:


Television broadcasts of Odinga's announcement that he would challenge the outcome of the election before the Supreme Court switched to Uhuru's acceptance speech before the Q. and A. with Odinga had even begun.

But none other than the owner of Kenya's most popular media outlet, sits in the coalition's top political organ and was present at this very same media briefing.

Is the so defined preoccupation with peace an illusion? Nicholas Benequista postulates that:


Kenyan media cannot forever remain a polite space where differences are swept under the rug to be replaced by a consensually agreed (rather than imposed) agenda of nationalistic propaganda.

This, in my opinion, is debatable. I would rather the media elects to have divisive or inciting elements kept away from public domain, than e.g., 'irresponsibly' broadcast people being attacked after being pulled out of a public transport vehicle, like it happened during the 2007/2008 post election violence.

The Kenyan media should not be unduly faulted for proactively seeking to foster peace, because being reactionary and desperately calling for peace, when the country is already burning, is no longer tenable.

On this account, the local media's self-censorship, can be directly linked to the country's self-preservation.