Words convey meanings encoded in them. But deciphering the meaning of words in many languages is not a simple affair. Other factors like stress and intonation, if spoken, or the context, could vary the meaning of words. For media that use English, wrong use of words can result in misrepresentation of facts. 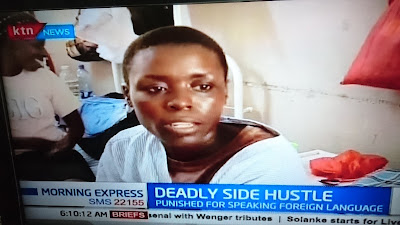 The word 'deadly' either implies something causing death, or able to cause death, resembling or suggesting death.

In the TV news story above, the woman is narrating her ordeal, meaning her harrowing experience at the hands of her husband cannot be said to be deadly.

The assault was severe, but not to the point of making the woman look 'deadly' or suggest she was about to die then. 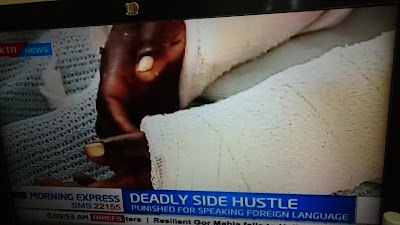 Similarly, the writer of the lower third tags, creates the impression of the woman being 'insanely' punished, because of speaking a 'foreign' language.

It turns out the language in question was Swahili!

The language could be 'foreign' to the diabolical husband, but the audience knows it as an official language in this part of the world. 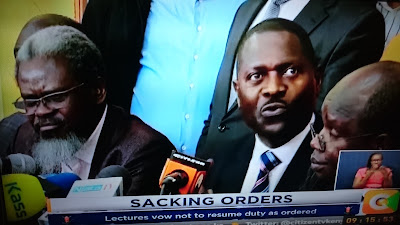 Then there are instances, when the chosen words can ridiculously miss the intended meaning.

And you end up with 'lectures' that have the power to disobey orders to resume duty.