IT'S A LIE, JOURNALISTS DON'T KNOW EVERYTHING

It is true that journalists must be knowledgeable. But that should not be equated to being experts. What's the difference you ask?

Take for example a reporter on the health beat. Through their own research and interviews, they can dispense information regarding the effectiveness of say a certain medicine but it would be pretentious to purport to prescribe the same medicine to those watching, listening or reading. That should be left to a qualified medical practitioner.

A dangerous trend has emerged, where journalists neglect to draw the line between expert opinion and their personal interpretations.

Whereas interpretative and enterprise reporting is a very welcomed addition, as journalists move away from the drab 5Ws and an H maxim, care should be taken not to overtly seem to want to pass off as the master of every known subject.

More often than not, an intelligent audience,(it is always disastrous to assume otherwise), will see through the charade and that could easilly result to flashing the credibility of a journalist and their news channel down the drain.

Attribution is the key operative word here. Every statement of fact should ideally be qualified and it will be foolhardy to rely on one's own personal views or understanding. 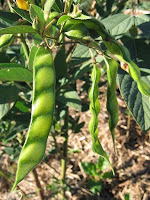 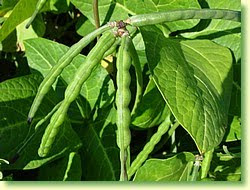 Once, when I was producing a TV bulletin and sub-editting a script for a story on a new variety of drought resistant food crop, I made the unilateral decision of changing the name of the crop from cowpeas to pigeon peas.

And this was out of my so presupposed knowledge of the differences between the two plants. Immediately after the item aired, a food scientist called and said the story had mistakenly referred to cowpeas pigeon peas.

In the same vein, don't you often get irritated by football match commentators for their Mister Know It All attitudes. The coach of team x should do this and that, player y needs to....I mean, are you suddenly this omnipresent being with the uncanny ability to actually give instructions to the coaches and players from the commentry box?

The Search for Knowledgeable Journalists
However, the above discussion notwithstanding, it is worth noting that many media organizations are shifting towards recruiting specialist journalists. A reporter on the health beat could thus be a doctor in their own right, a court reporter could likewise have a solid training in legal issues. Such reporters are thus sufficiently enabled to correctly interprete the subject matter with authority.
Emphasis is consequently placed in getting graduates in specialised fields and then imparting journalistic skills and ethics in them, which admittedly yields better results compared to getting people with general media training and then expecting them to grasp all the intricate details about every topic under the sky. That way, a business reporter with a background in economics, commerce or finance, is more ably equipped to give, say, an update of the movements in the stock exchange market.
The danger herein lies in the likely possibility of such journalists forgetting that their audience are not necessarilly interested in technical information and that in all instances, this should be broken down into every day language.
It is a tough balancing act but as long as the focus remains on the end user, most media organizations stand a good chance of getting it right.
Posted by Albert Gachiri at 14:20

It is unfortunate that at times the distinction between 'report' and expert information is not made especially in broadcast journalism in Kenya. It also amazes me how we take news as absolute truth, we were once in an accident scene with a friend and when the news of the same came in the evening several 'facts' were wrong. My friend insisted that we were not observant enough and that the T.V was right!
Interesting insights you have here...