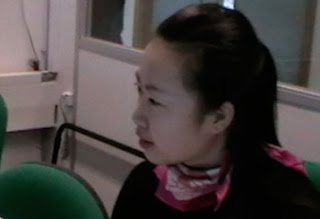 With a billion people to choose from, the experiences of one person can hardly mirror life in China. But Zhang Tongfei's reflections and experiences still give an accurate depiction of just how crowded the country is.

“During the October holiday, I had to wait for more than three hours to get into a rollercoaster ride. The queues were so long that at the end of the day, I only managed to gain entry into four facilities at an amusement park in Suzhou.”

This is just one of the many reasons why 23-year-old Tongfei supports China’s one-child policy. Being an only child herself, she says it would really be difficult financially, for a family to raise more than one child.

“ Although it is a bit lonely to be an only child,” she says, “ it is extremely hard for a family to educate a child from kindergarten all the way to the university.”

Tales abound about how Chinese families put a premium on a male child and how female ones often get aborted in order for a family to still retain the chance to have a child.

But Tongfei says that is an era long gone and girls now get equal acceptance within the community.

“ It is illegal for a family to seek to know the sex of an unborn child. And nowadays girls are even more treasured at times because they tend to look after the parents more,” she argues.

And she is also not oblivious to the fact that the high population in China also can negatively impact the rest of the world in terms of pollution or industries that require huge energy sources and raw materials.

Tongfei’s home city of Shanghai is the financial centre, but with a population of over 16 million people living there, getting by everyday, she says, is not a simple matter.

“During the rush hour, trains really get overcrowded and volunteers have to squeeze in people so that the doors can close. I cannot eat anything because there is no room to even move a hand. There is no need to support myself while standing, it is simply impossible for one to fall down.”

The aspiring professional journalist says she was surprised on coming to the UK for further studies. The sea of humanity she is used to seeing was nowhere to be seen.

Interesting Gachiri! I like the way you put it, esp the lovely quotes, which reminds me of the crowdness of Shanghai.:)