THE THIN LINE BETWEEN PYRAMID SCHEMES AND MULTI-LEVEL MARKETING 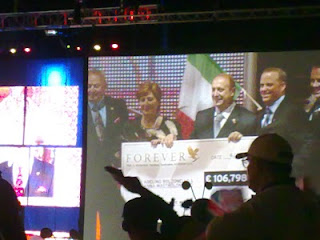 Scenario one. Thousands of people lose their savings after investing it in dubious pyramid schemes. Scenario two. Tens of people get a share of the huge profits of a global multi-level marketing company totalling over half a billion Kenya shillings, (6.2 million Euros).

Many Kenyans have become victims of deceptive yet well-crafted get rich quick schemes that promise hefty returns only for them to collapse with millions of deposited money, after miniscule early payments of supposed dividends.

The strategy of such a systematic swindling nearly always depends on a continuous recruitment of fresh investors, who are led to believe that any new people they sign up will translate into a direct bonus for them.

What is not made apparent is that the same fresh entrants also generate much higher bonuses for those who joined in first. To help keep suspicions at bay, a line of products is usually thrown into the whole set up and their marketing and sale thus provides the cover for the underlying aggressive recruitment.

But such is the level of sophistication of pyramid schemes that even people in advanced economies fall prey to such scams, with an alarming regularity. It's as if the public never will get to learn from past examples.

As reported Reuters, a Briton has just been found guilty of defrauding thousands of investors through a series of pyramid schemes in the UK. The amount quoted is a staggering £34 million or nearly 4 billion Kenya shillings. 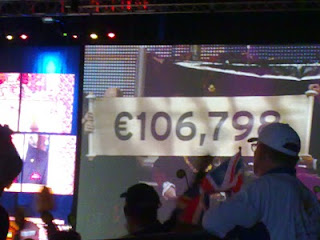 But still in the UK, Forever Living, which is a multi-billion dollar multinational company, has just organized a Profit Share European Rally, attended by 9,000 members, in which millions of pounds were dished out amongst qualifying top performers.

The striking thing is that although the company prides itself as the world's largest producer, manufacturer and distributor of aloe vera products, as well as other natural health supplements, many of their members were actively pitching and trying to convince non-members to join, during their London convention.

And upon being accused of operating a pyramid schemes, many Forever Living members were quick to defend their mode of multi-level marketing using terms such as team networking, sponsoring or mentoring.

Quite confusing.
Posted by Albert Gachiri at 02:50