THIS IS ANFIELD: MY DREAM FULFILLED IN LIVERPOOL 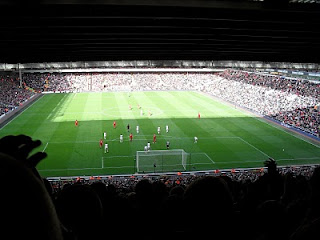 The aura of a celebrated champion's tradition is unmistakable. It's Anfield after all. Where the legend that is Liverpool Football Club lives on. A true icon of a global sports brand.

As I make my way to my seat at the famous Kop, 20 minutes before the kick-off, of the club's English Premier League match against Sunderland, thunderous cheers from home supporters reverberate across Anfield. At this point it is very hard to imagine that Liverpool has not been having the best of seasons

The atmosphere generated is almost unbelievable and has the effect of enveloping one into the eras gone by that have cemented the reputation of this great footballing club, which is the most successful English team boasting 5 European Championship titles, 18 league trophies and numerous other domestic cups. 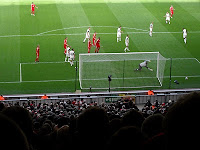 As a little boy in the eighties, I used to catch snippets of the Liverpool glory years, mostly in a black and white television set, either ours or the neighbours.

It never once crossed my mind that my steadfast passion for the club would one day lead to watching Liverpool play live at Anfield.
Steven Gerrard's Corner, Copyright Agachiri 2010 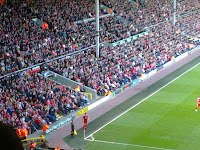 Yet 25 years later, that is exactly what comes to pass. That my team has been faring pretty badly in the 2009/10 season in no way dilutes my experience of the game against Sunderland.

The joy is almost overwhelming and I soak it all up, while reflecting on how long my journey to Anfield had taken and thankful that it finally happened.


Torres lights up Anfield and a Liverpool resurgence

And what better way to welcome me to Anfield, than an early Liverpool wonder goal scored by none other than Fernando Torres? Exquisitely taken from long distance and at a tight corner, it underlies his status as one of the world's top rated striker.

The mammoth roar from the fans almost shakes the stands and the chorus of, 'Ooh when the Reds go marching in...,' hits a crescendo. I instantly join in, mumbling my delight at the opportunity to cheer my team first hand.

Bemused at The Kop, Copyright Agachiri 2010 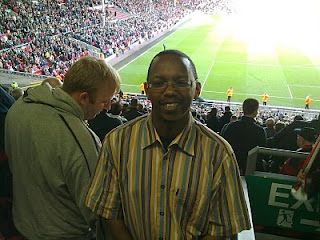 The singing at the Kop never stops and Liverpool respond with a goal by Glen Johnson and another by man of the match, Fernando Torres.

The energy exhibited by the home supporters still perplexes me and the winning display by Liverpool, caps a glorious piece of personal history for me. 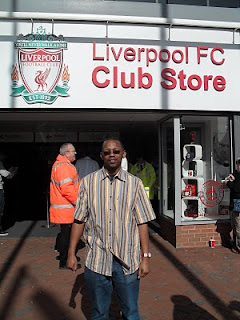 I was there. And truly, 'You Will Never Walk Alone,' as a Liverpool fan.