AWARD-WINNING JOURNALISTS SHOULD GIVE SOMETHING BACK TO THEIR STORY SOURCES

Many award-winning journalists take pride in dedicating their success to the sources of their stories. The mention at the podium could be based on the hope that highlighted problems will attract the attention they deserve. Or the showcased success would be celebrated and even replicated elsewhere. But is that enough?

There is no denying that in meriting recognition for outstanding journalistic work, some media practitioners go through lots of difficulties and even direct threats to their very existence. Undercover or investigative reporters could definitely expound on this issue.

Others cover great distances before accessing remote areas that eventually produce a gem of a story, worthy of critical acclaim. And even after getting the raw information on the ground, accomplished journalists have been known to infuse their own brand of story-telling magic to make their coverage truly stand out. 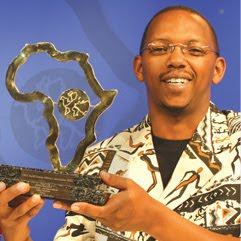 So the moment journalists get honoured for their exemplary professional achievement, they can't be faulted for taking it as their personal source of pride and ample proof of their credentials as worthy scribes.

Of course many will remember to thank the Almighty, family, colleagues and a word or two is reserved for the subjects in their award-winning pieces.

I can't help but imagine how much better it would have been for me to go back to that community of Mwingi, in rural Kenya, that provided the setting for my winning environment entry at the 2007 CNN African Journalist Awards. It's a crying shame that I have never privately gone back to say thank you and share with them my success.

Likewise, this years' winner in the Economic and Business category, NTV Kenya's Kaara Wainaina, can perhaps spend some time with those hearty and astute grandmothers, whose model banking system earned him his trophy.


Rose Wangui from NTV also, could share her success on the ground with the children, whose moving tale of a troubled pursuit of education, earned Wangui her TV News Bulletin accolade.


The same goes to the likes of Sarah Kimani, formerly of NTV but now working for SABC and the overall 2009 CNN African Journalist of the Year, who recently switched to NTV from KTN, John- Allan Namu, as well as other Kenyan winners of the prestigious awards.


As a matter of fact, the sponsors of the competition should consider setting aside some cash token or material benefits for the subjects or communities, whose coverage yield the award-winning entries.


That way, it will definitely cease to look like journalists getting rewarded for exploiting the stories and circumstances of their news sources, to weave brilliant winning pieces only for the highlighted stories to be forgotten in readiness for the next round of competition.
Posted by Albert Gachiri at 01:57

Appreciating the unimaginable is indeed a true humility. Saying 'Thank You' to the World and forgeting the least person who aided once success defeats the basic drive of Appreciation. This does not stop with the Journalist, it reminds us to turn to our eye to Community's underdogs....