WHY OUTRACING THE SNAIL IS STILL A FAIL


The rate at which Kenyan media are adopting the latest technology is painfully slow. Forget the Third World identity or the 'non-fairness' of expecting local stations to measure up with their counterparts in the developed world. If you think 'villagized globe,' then outracing the snail is still a fail. 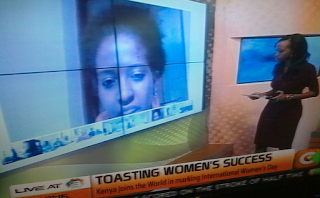 So yes. It was pleasant to see a Kenyan TV station 'spicing up' its news presentation with an anchor having a live link to different locations like South Africa, Uganda and the United Kingdom, albeit using a Google-based platform.

But the quality was a bit on the not so pleasant end of the scale. Admittedly, such a live cross connection was inherently fraught with technical challenges, that at times made the segment look amateurish.

More resource and technology-endowed media companies would perhaps have insisted on getting the basic broadcast benchmarks right, before going on air.

That is perhaps the reason many news stations have been reluctant to use Skype, for example, its relatively cheap set-up notwithstanding.

I just can't but however wonder, why one of the participants could not have been properly briefed about where to look, when giving her views. The way she was looking off-camera/screen and unnaturally craning her neck almost obscured her passionate contribution to the debate. 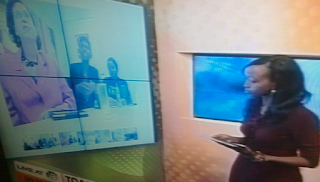 But at least the conversation kept going and the sharing of views from multiple international locations, made this particular coverage of the International Women's Day to stand out, when compared with what other local channels had to offer.