Just how hard is it to craft newspaper headlines that make sense? And just what kind of quality checks is a Kenyan newspaper subjected to, at the pre-production stage? If the now common howlers are anything to go by, then a lot more needs to be done, to reverse the worrying trend. 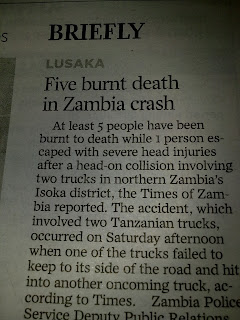 Whichever way I look at it, a heading like, 'Five burnt death in Zambia crash,' is either a non-English sentence/phrase or pure balderdash! And it is hard to imagine that such trash can escaped the 'keen' eye of the Revise Editor. 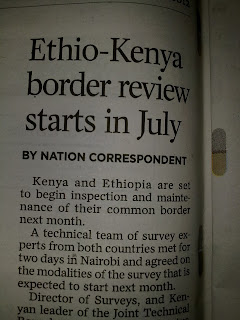 Strange as it looks, maybe through poetic license, the term, 'Ethio-Kenya' above can be excused, never mind the visual assault that it can potentially subject one to.

Ensuring the chosen words fit the desired or allocated space, during the layout stage of a newspaper production, I'm aware, needs a bit of creativity.

And as long as the crafted headline makes sense at the very minimum, I will generally tend towards keeping my peace. 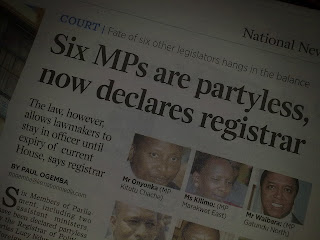 In the above example, the positioning of the comma looks awkward. I think the editor should have gone with, 'Six MPs are partyless now, declares registrar.' (Does partyless need a hyphen?)