ABSENTEE JOURNALISM AND A LEGISLATOR'S ABSENCE

Journalists are known to go to great lengths to get details of a news story. This means, travelling to the other side of the world, or risking lives and limbs, is but an occupational hazard. It's therefore baffling, to see Kenyan media being so reluctant to get relevant facts of a story within their reach. A legislator's absence in Parliament, continues to be amplified by absentee journalism. 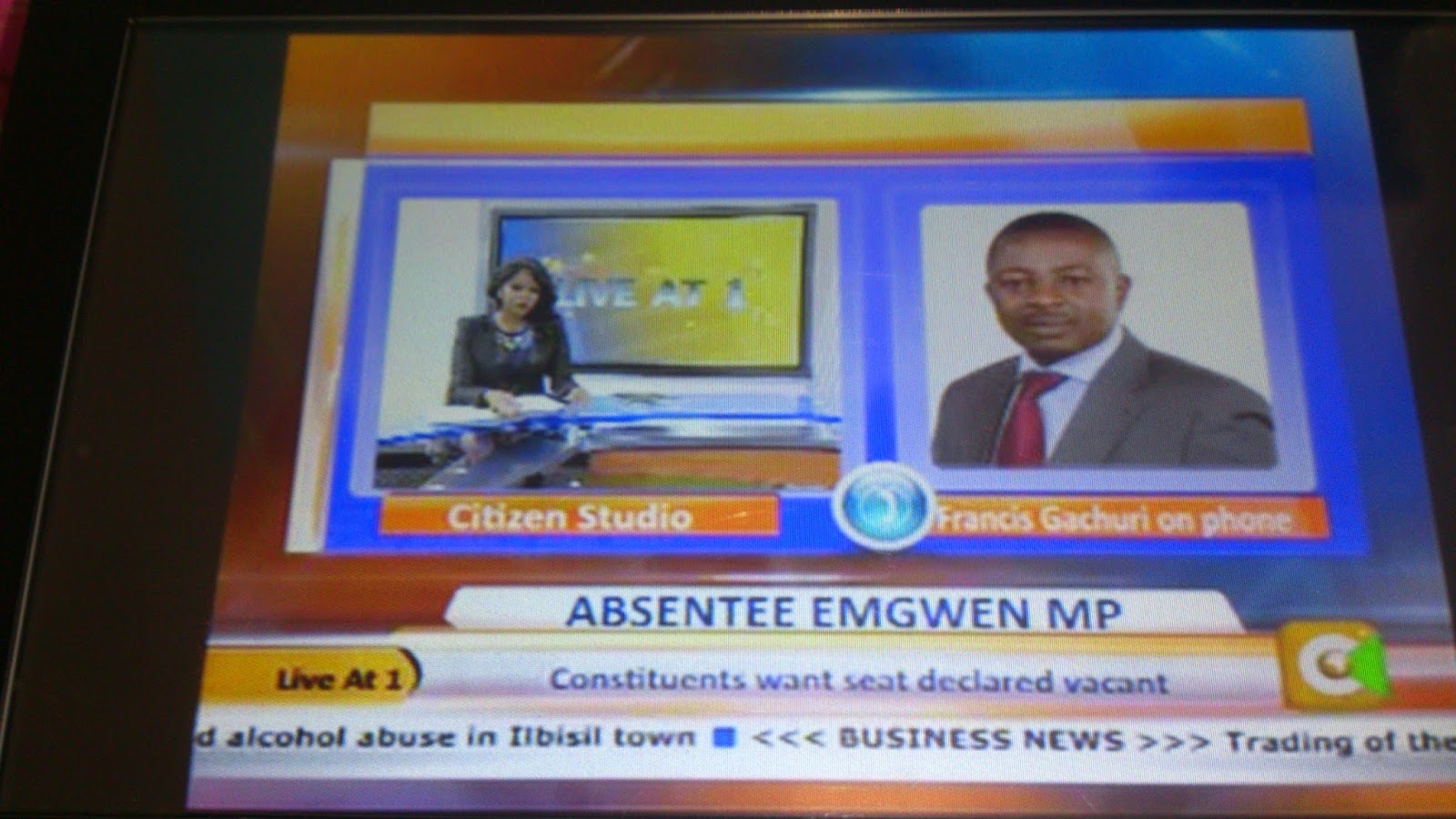 This particular issue of a Member of Parliament seemingly 'not keen' on fulfilling the duties that come with winning an elective seat, has been in the public domain for months.

The local media, it appears, is only content with re-establishing this basic fact, and the possible consequences of skipping parliamentary sessions continuously.

The press has nevertheless been tracking the development of this story, perhaps it being a matter of great public interest, with the latest update being the petition by the affected constituents, seeking to have the parliamentary seat declared vacant.

Isn't there a 'brave' journalist or editor, with a nose for news to smell one missing element in this story?

What does the Member of Parliament involved have to say about this issue? Has anyone tried to contact him? Could he have valid or justifiable reasons for skipping parliamentary sittings?