There has been an outpouring of intelligent discourse and at times emotional outbursts in the Kenyan capital. This was sparked by very unfortunate and criminal acts of stripping women in public. Is the press only capable of adequately covering this issue, if female journalists get the assignment? Is the stereotyping helpful? 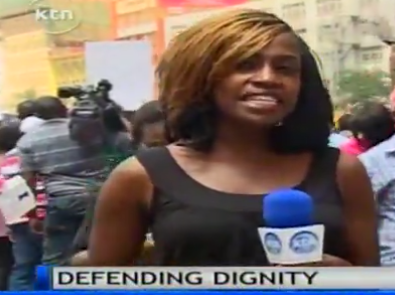 The mainstream media latched on this story, after it generated quite a storm on social media. So when a major protest was organised, news crews were dispatched to capture all the possible angles, as offended women and men, demonstrated their anger at the assault of women's rights to dress as they please.

Remarkably, all the local TV news stations deployed a female journalist to cover the event. Was this a deliberate editorial decision and if so, what informs such stereotypical thinking? And has it got anything to do with the gender of the assignment editors? 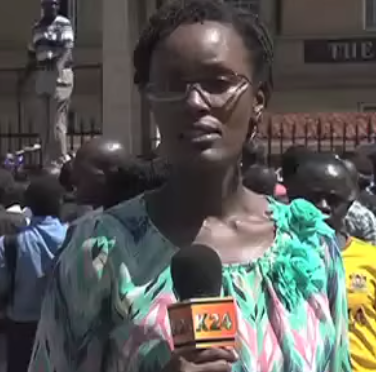 For starters, those who were stripped of their dignity in public are like any other human being, before one looks at them as women, so any other 'sane' human being should be able to identify with their predicament.

In other words, this was not simply a case of women's rights being trampled upon, but a serious violation of human rights.

That's why I find it strange that locally, its female reporters who took up this assignment. And come to think of it, most of the TV stories by the international media also had a female voice. 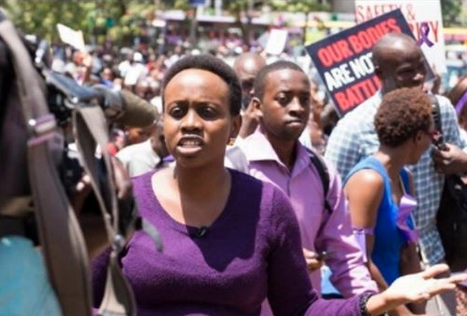 Are we saying male journalists are not able to sufficiently connect with this issue? Or maybe in this case perhaps, any professional detachment with the subject matter was not required.

Incidentally, the men were more than adequately represented in one area, during the news gathering process.

Virtually all the people filming the dramatic footage were, well cameramen!

There's a demon lurking in every demonstration.

And justifiably perhaps, this is where the innate brute force of men in this profession comes in, as the women handle the delicate matters of reporting.

See how demeaning that sounds?

However, there are aspects of human nature that even the best of equality policies cannot help us transcend.

My brain, my thoughts!

Email ThisBlogThis!Share to TwitterShare to FacebookShare to Pinterest
Labels: Carol Oyola, Joy Kiruki, My Dress My Choice, Nudity Is Not My Choice, Sharon Momanyi, Sheila Sendeyo