The Kenyan president makes an address to the nation, broadcast live in all major channels, during which changes in his administration are announced. The event ends less than half an hour to prime time news bulletins. Then, newscasts lead with a lengthy recap of the presidential briefing. This double dose of identical information is a cue for the audience to doze off. 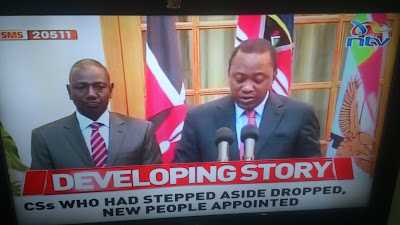 Is the news significant? Oh yes, very important. Must it be re-aired in its original format and the content of the presidential address regurgitated on an ' as is where is' basis, so soon after the live broadcast?

Yes...in the land of dead journalistic analysis and media allergies to interpretative value addition on information being conveyed.

But that's not to say you lose focus on the fact that TV is a visual medium. 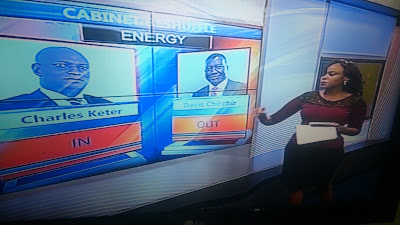 So having a news presenter on a prolonged solo talking spree makes it hard to distinguish between facts and personal opinion.

It is hard to imagine that within one hour, local channels weren't able to line up analysts or experts to interrogate the Cabinet reshuffle, despite big hints that major changes were in the offing. 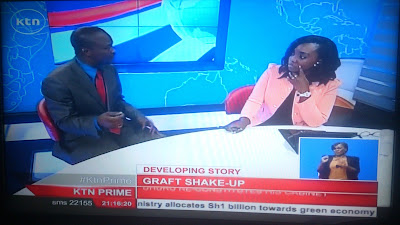 And if all fails, even in-house 'editorial authorities' can be roped in to broaden the discussion, as opposed to the tiring studio monologues.

It's important for a news story to be taken forward. And the media can be proactive in seeking to raise and find answers to the 'so what' question. 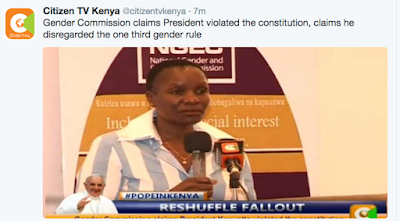 That 'lazy' newsroom pattern of waiting for reactions a day after, ought to be discarded.

That's why it was so refreshing to see one of the channels airing a Cabinet Secretary nominee's initial thoughts, shortly afterwards. 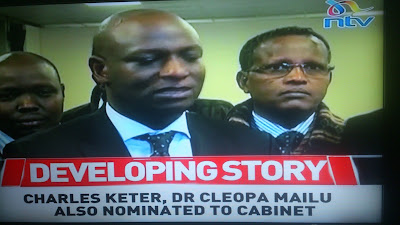 Those visuals came from Europe...

...And you want the audience to think it's impossible to get a relevant comment from the neighbourhood?