OF TERROR ATTACKS AND MEDIA TERRORISM

When terrorists strike, human suffering is amplified and individual pain is multiplied. A responsible media helps to confront terror, without unwittingly advancing the terrorists' agenda. This aspect often eludes Kenyan media, in their coverage of terror attacks. Media terrorism should also be condemned. 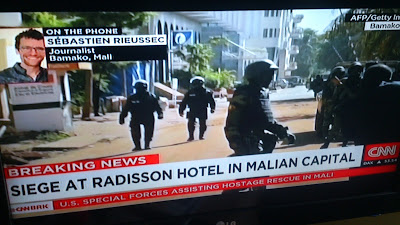 The siege in a hotel in the Malian capital, was beamed across the world. But the sense of terror being experienced by the hostages was not diluted by the absence of phone calls from the media to some of the victims, a la Westgate.

And as was demonstrated during, and in the aftermath of the terror strikes, in the French capital, loss of lives can be reported, without necessarily showing dead bodies, a la Garissa or Mandera attacks. 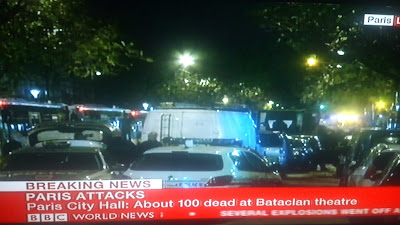 Perhaps based on valid reasons, Kenyans and the local media have become distrusting of the government and its security agencies, hence the demands to see bodies of terrorists 'allegedly' killed.

But hardly any doubts or disbelief greeted the announcement that the mastermind of the Paris attacks had been eliminated. 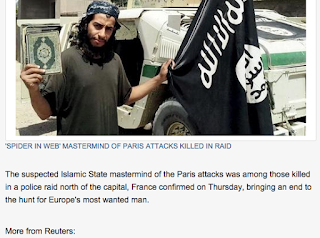 Lack of crucial intelligence, or failure to act on prior warnings, are also not charges being levelled against the French government, like the local media would have easily done.

The international media does have its own shortcomings, in the coverage of terror attacks.

There are frequent accusations of belittling tragedies involving African or less developed countries, and appearing to place more value in the lives of citizens from developed nations.

This perceived discrimination is not helped by 'skewed reports' as depicted below. 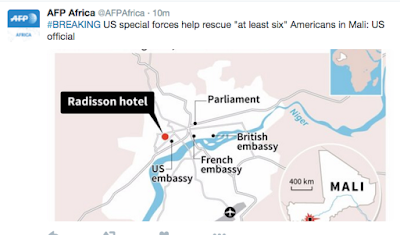 Notice the undertones of suspected profiling of hostages, to determine who is to be rescued.

If there's one important lesson to be eternally emphasised, it's that terrorism is a universal threat.