OF ROYALTIES AND MISPLACED LOYALTIES

In Kenya, the combination of music and politics has proven to be vital in securing an election victory. Musicians have now wisened up and are demanding their pound of flesh from politicians. As politicians seek to shore up voter loyalties, the musicians are demanding royalties for use of their productions. For the the media, though it's a case of royalties and misplaced loyalties. 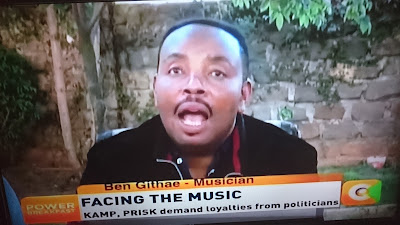 In this part of the world, certain communities have a penchant of messing up pronunciation of English sounds, referred to as mother-tongue interference.

This could be a logical explanation for the mix-up of the lower news story tag above, which states:

You see, the mind could be playing a terrible game on the writer of the caption, such that the way they are used to saying, 'royalties' is how they spell it as well. 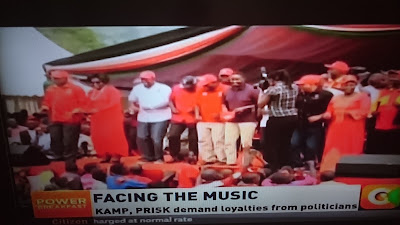 Or worse still, the person truly thinks he or she's typing 'royalties' and is even unperturbed by the sight of the word 'loyalties', because the mind is stubbornly 'seeing royalties'.

I wouldn't want to put my money on the probable fact that, here, we are dealing with a case of the writer not using the word, 'loyalties' in the right context. 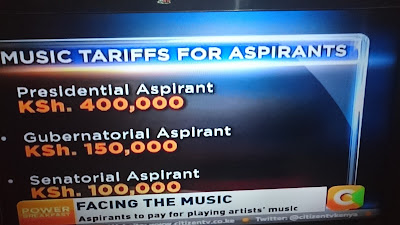 I also strongly want to believe it is wrong to conclude the entire news production and studio crew in this TV station, on duty then, could not distinguish between 'loyalties' and 'royalties'.

After all, royal media has loyal viewers. (I hope you don't see what I did there).