Call it self-censorship, coerced self-censorship or assisted self-censorship. Despite frequent assertions of being independent, fearless and courageous, the media in Kenya can be described as being timid. The slightest of existential threats can trigger the greatest compromise of editorial integrity. Yet amid this sea of spineless journalism, is a rare paragon of press freedom. 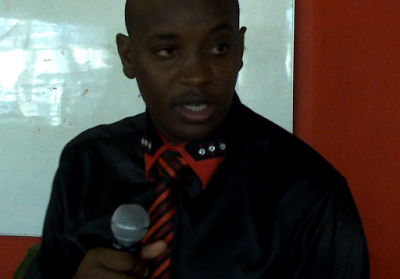 The discussion at a graduate school lesson in London, almost ten years ago, turned to external and internal forces that hinder media operations.

And when the lecturer asked for examples of interference with press freedom, I had it all figured out, (with the option of suspense-inducing sound effects).

The class listened attentively as I narrated how a TV expose by a brave reporter, who risked great danger while filming in a neighbouring country, generated so much tension in the newsroom.

After immense pressure from government functionaries, who in turn were probably getting their own dose of high voltage jolts from officials of the neighbouring country, the management of the media house gave an assurance that the story will not air.

But convincing the broadcast managing editor to drop the story, proved to be unlike any other battle to safeguard the independence of the media.

He remained adamant about the story being flighted, and in a very professional manner, dismissed the concerns of the media company's CEO.

And as I applauded this gallant journalist in my class presentation, I seized the opportunity to raise the appreciation levels several notches higher, with a memorable clincher.

I delightfully finished by telling the captive audience:


"I am happy to inform you that this courageous broadcast manager, who is also my boss, was a student in this very same same class we are in."

Ahhh...the satisfaction of that statement...and the sudden realization that we could all be destined for such greatness...remains among my most cherished memories from the University of Westminster.

Some years later after my studies, and re-engaging with the same employer, I got to witness another version of the fierce independence of this paragon of press freedom.

But this time, it was a bit unsettling.

Two events of national importance were happening simultaneously, and only one could be televised live.

One was the vetting of the then yet to be appointed former Director of Public Prosecutions, now a Cabinet Secretary.

And the other was the reading of the national Budget, by the then Finance minister, who is now the president of Kenya.

Our paragon of press freedom had the final word on what the station should broadcast live.

It wasn't the Budget speech!
Posted by Albert Gachiri at 23:14

Albert. Did you want to give us the story of Linus KIkai? I was expecting to read something about his gallantry in standing up for press freedom.

That's exactly what this post is about. Resistance to external interests on another level, rarely witnessed on the Kenyan media landscape.