A creative TV commercial has a rather surprising ending. It captures all the leading football teams in the English Premier League, except one obvious one. This mirrors a past trend with Kenyan media outlets, that deliberately refrained from giving direct competitors any publicity. It seems we could be back in those dark ages of media competition and mediocre tactics. 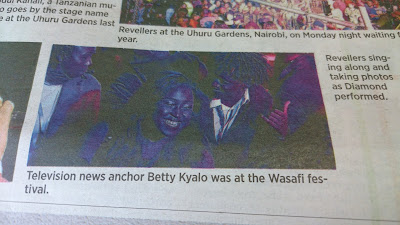 The selection of a particularly awful picture of a popular news anchor appearing in a rival media platform is quite telling.

Is there an untold story behind the quality of the image, and the editorial decision to publish it?

It seems like a deliberate attempt to remove some of the shine from a representative of the competition.

And this is perhaps the reasoning behind the advert by a bank associated with the title sponsor of the EPL.

The decision to leave out any reference to the team currently leading the same football league, could be based on the fact that it happens to have a rival bank as a shirt sponsor. 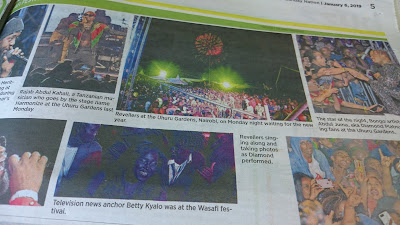 If a picture is worth a thousand words...this one may need a thousand apologies!