It's normal for TV news mistakes to happen and find their way to a viewer. But it is far from normal to make it look like its near-impossible to make corrections. It makes a mockery of journalism for a media outlet to have a story about the president possibly being misled, while at the same time misleading the viewers.

The mix-up above is therefore downright perplexing

Some news sources or analysts, it is expected, should be a little familiar in newsrooms, and news circles at large.

The bigger tragedy though, is the apparent helplessness of the news editor/producer/director and allied TV gallery personnel. 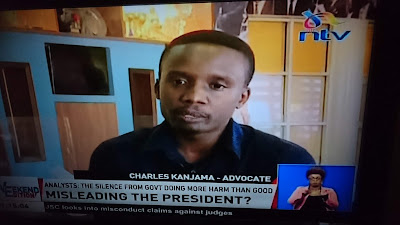 The moment the error was spotted, something ought to have been done, instead of letting the same mistake go on air repeatedly

The CG team could have switched the name tags while the story was being aired, or keyed in new but correct identities of the speakers.

And if the names were embedded in the video clip, then the story could have been faded out, and an apology issued, with a promise to re-air the cleaned-up version. 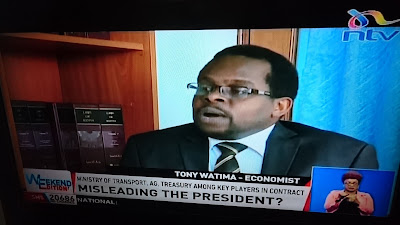 But no...the minders of this particular news broadcast...opted to have the story run it's dirty course

Then it was left for the news presenter to offer possibly one of the most awkward apology, since the invention of the Daguerreotype camera.

I don't advocate for name-calling, please be economical with your insults!