Immediately after the announcement of the results for national examinations in Kenya, a mad dash ensues in newsrooms. The obsession of the moment becomes compiling a list of the top performers, and rankings, using all manner of parameters. And things can get crazy. Like how insane is it for the press to throw in a non-existent score, in the analysis? 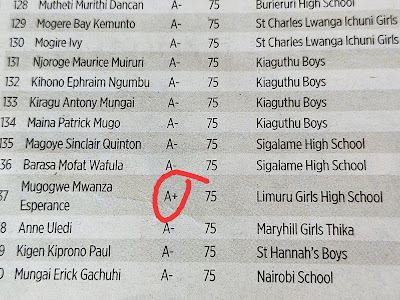 In the published set of scores above, there's one that really stands out, among the outstanding performances.

Funny thing is that there isn't much of a big difference between that particular score and the ones before it, or even after.

If the top score is an 'A' followed by 'A-' then why would the editor throw in an 'A+' right after a bunch of A minuses? And bearing the same aggregate points an 'A-' performance?

Admittedly, it's not easy to put together such rankings at such a short notice, given that the information is largely sourced by making own contacts with parents or guardians of the students, because the government does not supply the data. 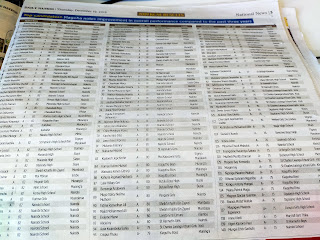 But due diligence and attention to details should always remain a top journalistic priority.

For allowing this error to pass through the editorial gatekeeping, this amounts to an epic fail.