CAN KARUA OVERCOME THE MEDIA BIAS?

What will it take for Martha Karua's presidential campaign to be accorded favourable media coverage? Is she not worthy of a slice of the prominence the press dishes out, disguised as objective coverage? And is it a coincidence that the leading politicians in the seemingly predictable opinion polls, also regularly get copious media attention? 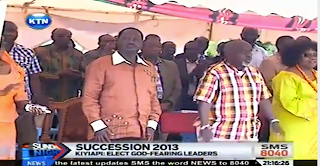 On 30th September 2012, for example, majority of the politicians were captured in the media, selling their political agenda, which translates to 95% pure rhetoric, inundated with promises to do this or the other, if the electorate votes for them.

But Karua, the Narc Kenya presidential, was visiting the Pumwani Maternity Hospital. She not only gave a statement on the on-going strike by doctors, but also cleared the fees for some mothers. Definitely, it can be argued that this was a calculated public relations stunt and the Kenyan media houses did not fall for that trap. But nevertheless, how can this noble act be relegated to a mere by-the way-mention, ensconced in a round-up of other 'weightier' political stories of the day?

I am not trying to agitate for fair coverage on behalf of the Karua campaign team. I am just pointing out my misgivings about how the local media is inadvertently propping up certain politicians, at the expense of others, on a not so objective platform. 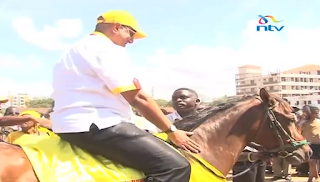 It would be a different matter if, say a media house is to declare their support or endorsement of a particular presidential aspirant, and then proceed to give him or her coverage ad nauseam.

But it is foolhardy to do the same, while pretending to be non-affiliated to any political party, and still expect Kenyans not to see through the media charade.
Posted by Albert Gachiri at 17:11

Poor Martha I empathize with her.Imagine Wiper party had to be featured in yesterday's news bulletins despite Kalonzo being out of country (in Doha or something).Take heart Martha at least you are being highlighted on opinion polls without a mention. Peri

The media in Kenya is biased. Its hard to tell when they are objective. I am tempted to think people like Ole Kiyiapi quit the race. I think everyone is entitled to fair coverage by the press.