Political talk shows, embellished with voter education undertones, are all the rage now in Kenya's media landscape. No doubt they play an important role. But great care should be taken by those hosting the shows. Make any undue value judgement and the audience will start looking at you questionably. 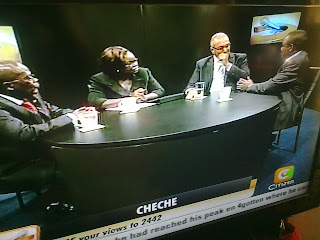 In a popular show aired on 24/10/12, for example, the guest was at some point addressed in racial terms. And he was told to his face that some of the problems of landlessness at the coast, were partly because of, 'you people.'

He painstakingly had to explain that he is first a Kenyan, that his racial extraction was secondary, and I volunteer to add, immaterial in the discussion.

I have no problem with a little aggression in the talk shows but this has to be sensibly tempered. The choice of word must also not be tainted by prejudicial, stereotypical or derogatory insinuations.

And if, for instance, a member of the panel looks at the guest with a lens of racial, tribal or ethnic affiliation, that is the same lens the audience will start looking at the panelist with.