WHY SENSELESS KILLINGS IN USA WILL CONTINUE

A leading gaming provider sends out a brand awareness campaign centred on the act of killing. The killing of animals or zombies in the virtual world may look harmless. But is it so hard to figure out that such gaming realities can leap into the realm of real life, and leave America reeling from senseless killings of innocent citizens?

This has got to be the most annoying case of a country setting itself up for needless grief. Unbearable torment repeatedly being dished out to families. Enough of the right to bear arms argument. America needs to seriously disarm its breathing killing machines.

And if preservation of life is not a game, how come popular video games are fashioned around making life extinct?

Moreover, the twisted thrill that comes with exterminating virtual enemies, isn't that like target practise? Combine that with the availability of all manner of weapons in the US and you got yourself a 'ticked ' time bomb.

It's almost like a sick game, where everybody from innocent shoppers in a mall to children in a school is viewed as a 'zombie' in the gaming world, to be wiped out for maniacal points? 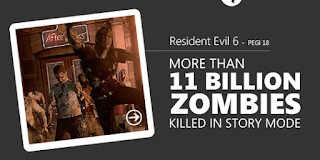 So then, is the US going to do something to stop the tide of death, whose foot soldiers are deranged people with no semblance of appreciation of the dignity and sanctity of human life? Holding of one's breath at this point is greatly discouraged.
Posted by Albert Gachiri at 23:51