That Kenya's media has made significant progress, in the run-up to the March 4th General Election, is indisputable. It took a rare sense of purpose, one of great national importance, to bring out the strengths of joint media productions. This shouldn't end with the country's first ever live presidential debates. 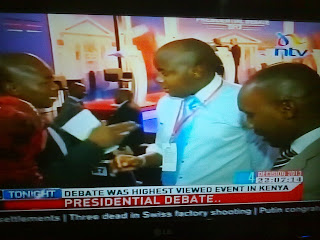 The energy exhibited and seamless synergy between the talent and resources of the various media houses involved, was highly commendable and surely must not be made to await another five years to shine through.

The same entity that was apparently constituted to manage the presidential debates should not be disbanded. I want to believe that it has been properly registered and so the only thing left is perhaps to extend and expand its mandate.

And so whenever there is an event that is being broadcast live in all the local media outlets, this company will be given the production task and obligated to distribute the signal to all the players with a valid membership.

So there will be no more scrambling for prime space during, e.g, the official announcement of the winner of the presidential election. All the media houses will get the same high quality footage and then they can all go crazy in 'value addition' by way of studio analysis and the input of on location reporters/anchors. 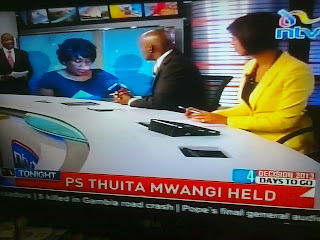 It's not that competition among local media houses is bad. It's jut that all that creative and 'financial' energy at times, appears to be terribly misplaced. Viewers are regularly treated to new studio sets that probably cost an arm and two legs, and yet the news content remains wanting. 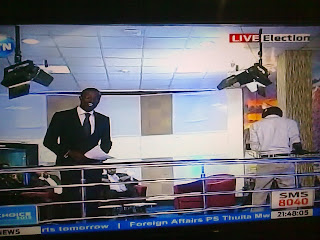 And that obsession with being the first to do this or that is becoming nauseating. For crying out loud if you are using a visual medium, concentrate more on showing your 'prowess' as opposed to telling it. 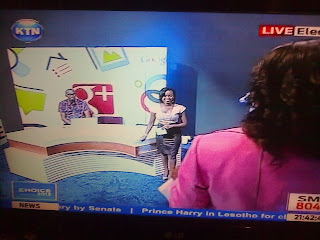 I felt cheated indeed, when a claim was made that the first ever Google Hangouts on Kenyan national TV, was broadcast on Wednesday 27th February 2013. If  I recall correctly, I blogged about this 'non wonder' by another TV station...when?...15th March 2012! 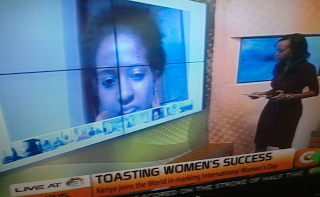 My unsolicited advice to Kenyan media houses: there is a whole world of difference between competition and being competitive.

Joint production is really needed on national days. It's redundant for every TV station to each have a crew there to broadcast the same stuff