A Kenyan news channel has a 'Fact Check' segment, which aims to enlighten the public about what is factual in the coverage of topical issues. But, as bare as the facts might appear to be, they often need to be interpreted well. That's why it's safer for journalists to resist the urge to appear as sagacious 'Mr. Know-It-Alls' with the power to make value judgement. 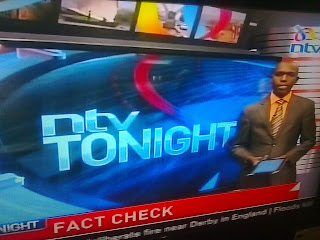 You see, the veracity of what is presented as 'facts' is not always that easy to establish. That's why news outlets are required to cross-check with multiple sources, to ascertain the 'facts' of a story.

And on the same breath, it is highly recommended that the input of people with relevant expertise be copiously factored in, for the analysis to be balanced, fair and truthful.

A case in point is the raging debate about whether Kenya, as opined by the out-going President Mwai Kibaki, is a unitary state. The verdict, from the aforementioned segment, was that Kibaki was wrong.

And this was conclusively premised on a definition from an 'unknown' dictionary!!


Just like I had been contemplating, the country's Attorney General was to later state that Kenya's political system defies known descriptions, and its hybrid of devolved and national governance is a yet to be properly defined constitutional creation.

The subsequent 'Fact Check' mercifully had the input of an expert. But still, volunteering to either call it black or white, and ignoring the very possible grey areas, is swimming in dangerous waters. 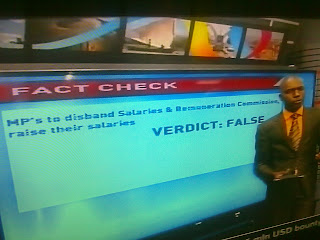 Fact: There's no guarantee that facts will always be interpreted in the right or proper context.

Fact: Inaccuracies can be made to look dashing, when clothed as facts.