Live location TV news is a very complex and hard to perfect broadcast. It's however, not too much for the viewer to expect to see a smooth and coordinated production. That is why a location producer and support staff are vital. It is not a pretty sight, when the reporters and camera crews are 'left' on their own. 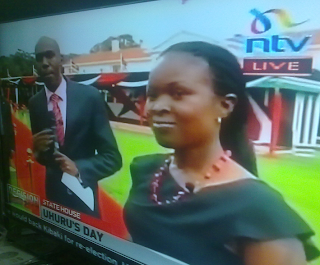 Picture this: Reporter A and B (sharing one camera on location), alternate in giving the live commentary, and also share the task of sourcing for people to interview. 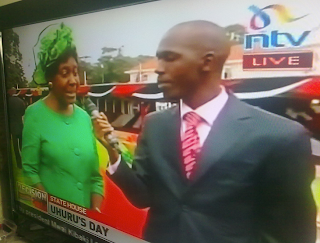 Reporter A tries to persuade, nay beg potential guests to come to the 'mobile set' for a quick chat, as the camera is rolling. Some agree to be interviewed, but some seem least interested. The rejection beamed live to viewers.

Reporter B then walks into the live shot and engages Reporter A. Amazingly, Reporter B asks Reporter A a question, but Reporter A is busy scouting the area for a 'prized' interviewee.

So the question literally hangs in the air, on air. Then Reporter A bolts out of the live shot and leaves Reporter B to fly solo in the narration. 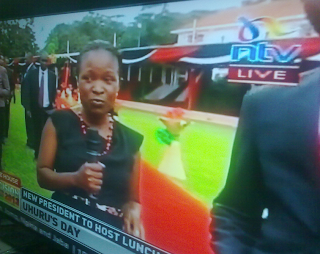 And before long, Reporter A is back, with a guest in tow. Microphones clumsily change hands, as Reporter B physically 'wipes' out of the camera view. 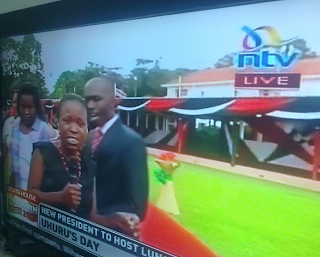 I'm all for creativity and spontaneity, in energised walk and talk, live presentations. But at some point, all these movements become tiring to the eye. 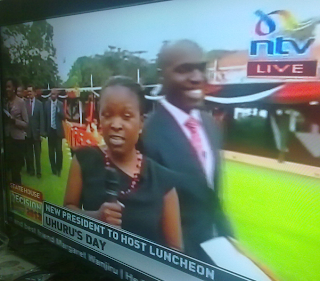 TV has a big element of showbiz and showmanship. But visual 'chaos' adds little value to the overall delivery.

That's why the location producer(s), could perhaps have played a more prominent role here, to ease the burden placed on the 'awesome' Reporters A and B, and lessen the viewing pain for the audience.

And also, the chances of one hearing, "President Uhuru Kibatta" or "Mwai Kinyatta" could have drastically diminished.

This is very elucidating...I think though the other networks nailed it and had someone off camera whose work it was to scout and neatly line them up for the interview..

I think the Reporter B (who was sourcing for interviews) should have been off-camera, or maybe situated further down the field/parking area to alert/pre-arrange so that chosen guests walk straight up to Reporter A who had the mic & camera