FLIGHT OF FANCY AND THE TV NEWS FALLACY

An outstanding performance caught the eye of the President of Kenya. This resulted in a massive change of fortunes for the young man, courtesy of the President's generosity. But a subsequent TV news fallacy seemed to suggest that any fine dramatist, could have similarly elicited the same response, from Uhuru Kenyatta. 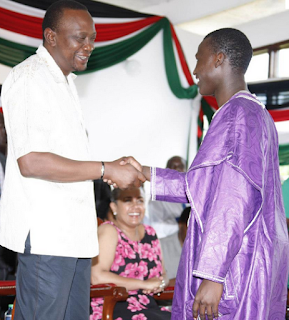 The TV news item sets off by depicting how a gifted young dramatist was denied the opportunity to showcase his talent to the Head of State. In all fairness, that 'cruel' omission was irregular, given that the boy was part of a  presentation that had won big in the National Schools and Drama Festival. 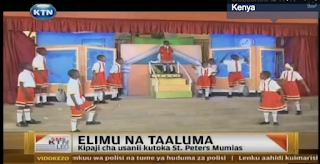 This, it appears, and going by traditional practice, should have resulted in a direct ticket to perform before Kenya's President. But for some unexplained reasons, that invite didn't come from the organizers of the state function.

But the reporter weaved the story to also 'insinuate' that had the aforementioned boy been allowed to perform before the President, he could possibly have been the beneficiary of Uhuru's reward. 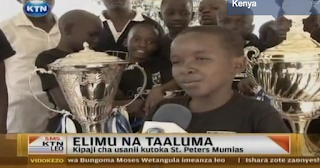 And this is based on the self-made assessment that the boy was a better performer, when it comes to matters of the stage, when he compares himself with the star performer, who charmed the President's heart and pockets. 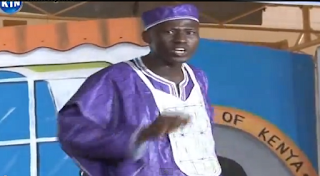 If this is not a flight of fancy, then I don't know what is. But it's definitely a TV news fallacy, because there's no way to prove that the President would have been predisposed to be equally, or more impressed by any other performer, to the point of bequeathing the same financial reward.