THE PAIN OF DANCING TO MEDIA DISCORDANCE

The importance of a sensible flow of thought is increasingly being overlooked in the Kenyan media scene. This should be factored in from the crafting of news stories, to the packaging and delivery of the same. Failure to do so will unleash upon the audience, the pain of dancing to media discordance. 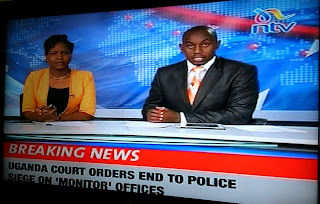 Why is it possible, e.g., for a Kiswahili newscast to have a 'Breaking News' banner entirely written in English? Is it impossible to translate the information and deliver it in the same language the presenters are using to communicate with the target audience? 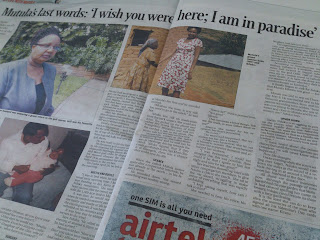 And why should a newspaper use words that twist the meaning or context of a depicted situation, to create a false impression? The headline of the above article heavily suggests the late Senator Mutula Kilonzo spookily spoke his last words to his wife, while anticipating his imminent demise. 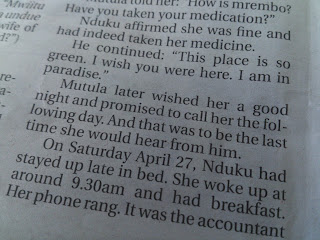 This blatantly contradicts what the main body of the story clearly states. And since the context of Mutula's statement is so evident in this section of the article, one can only speculate about the competence of the headline writer for this moving story. 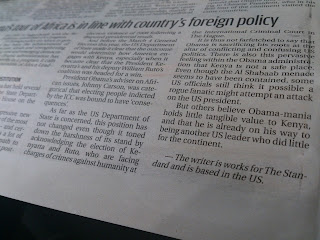 And just how can a national paper be allowed to go to print with such 'grammarcide' and confidently hit the newsstand?
Posted by Albert Gachiri at 16:26