His brand of social protests in Kenya, captured the imagination of both friend and fiend. Many are the times he has mobilised support and engaged the authorities in very creative and sometimes chaotic demonstrations. But then he's human...with a limited risk tolerance...and a family. The media jumped on the story of his quitting activism, but could have done better. 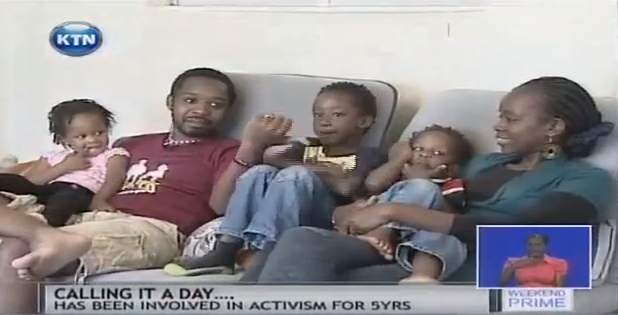 For a high profile activist to call it a day, seemingly indicates either giving up on agitating for a common good, or selfishly re-evaluating the direct impact to one's loved ones, and whether one is prepared to seek social justice at the expense of one's family's well-being.

The coverage of this story in the press should thus not be limited to the reasons given by the now ex-activist. His fears needed to be interrogated further because they raise pertinent questions that could be directed to a psychologist and/or security or intelligence expert.

This would give the news story depth and perhaps more clarity about the resolve of the 'famed' activist to 'retire' at his prime. The reaction in social media platforms, as sampled below, shows just why this can be so useful.