OF EDITORIAL MISHAPS, SCHOOLS AND PRINCIPALS

The English language can play cruel mind games, especially for media practitioners. One may set out to innocently state something, only to end up being guilty of implying other non-intended things. The only way to avoid sounding ridiculous, like lumping schools and principals together, is to be extra keen. 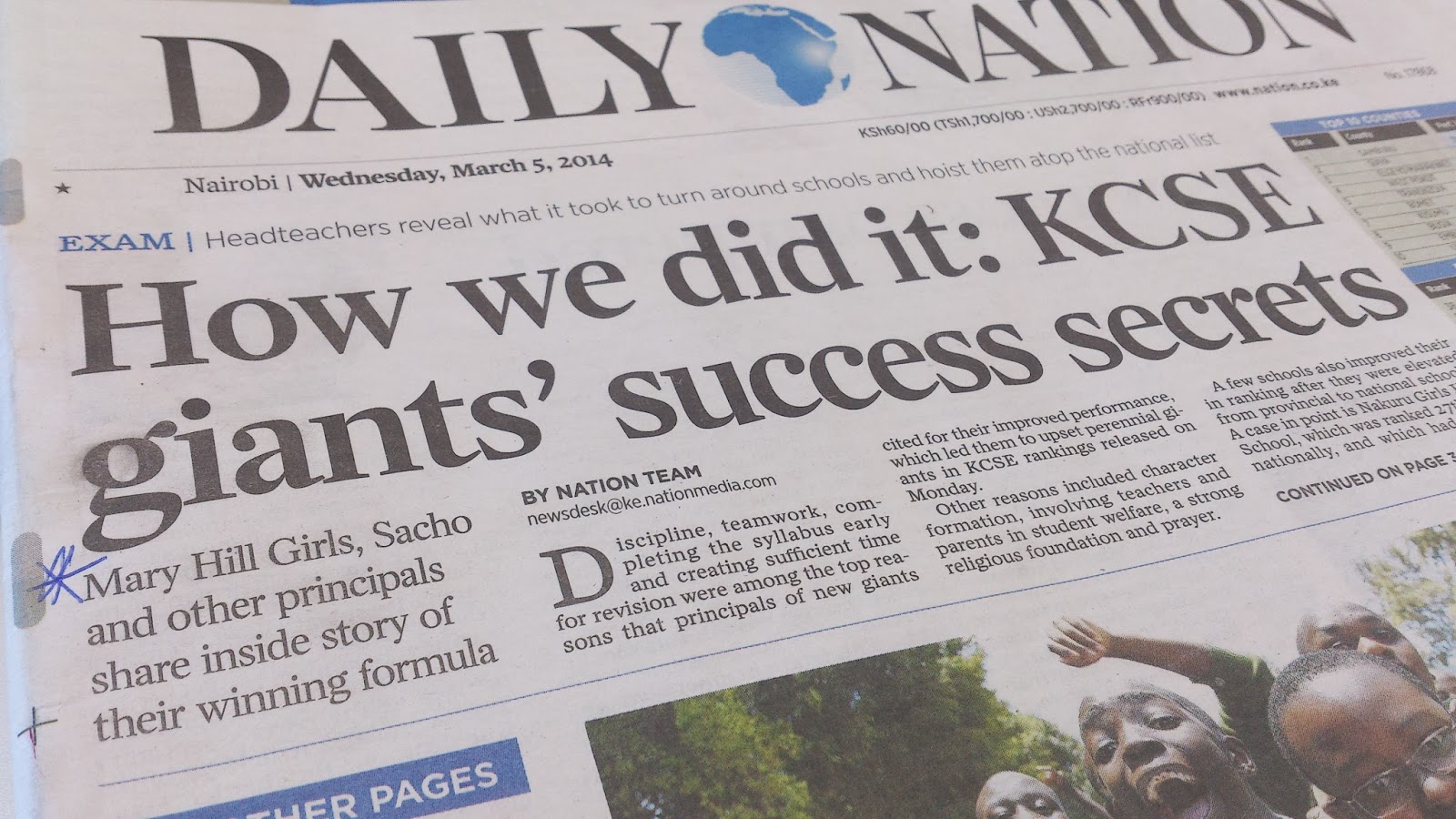 Notice how the editor of this leading Kenyan daily, inadvertently perhaps, ended up putting a lot of nonsense on the paper's front page.


"Mary Hill Girls, Sacho and other principals share inside story of their winning formula."

This in essence, means the principals of schools were the ones sharing their winning formula. But for those in the know, there is no principal going by the name 'Mary Hill Girls' or 'Sacho'. These are obviously schools.

So the right order of words in that ' weird newspaper' sentence should have been:


"Principals of Mary Hill Girls, Sacho and other schools share inside story of their winning formula."

Clearly, design considerations in newspaper layouts, must never result in the sacrifice of communication aspects, to the point of entirely changing the intended meaning, (if at all there was any meaningful 'meaning' in the above example).

But unlike the variations of meaning in language, a mathematically calculated element, can hardly be expected to be open to diverse interpretations. 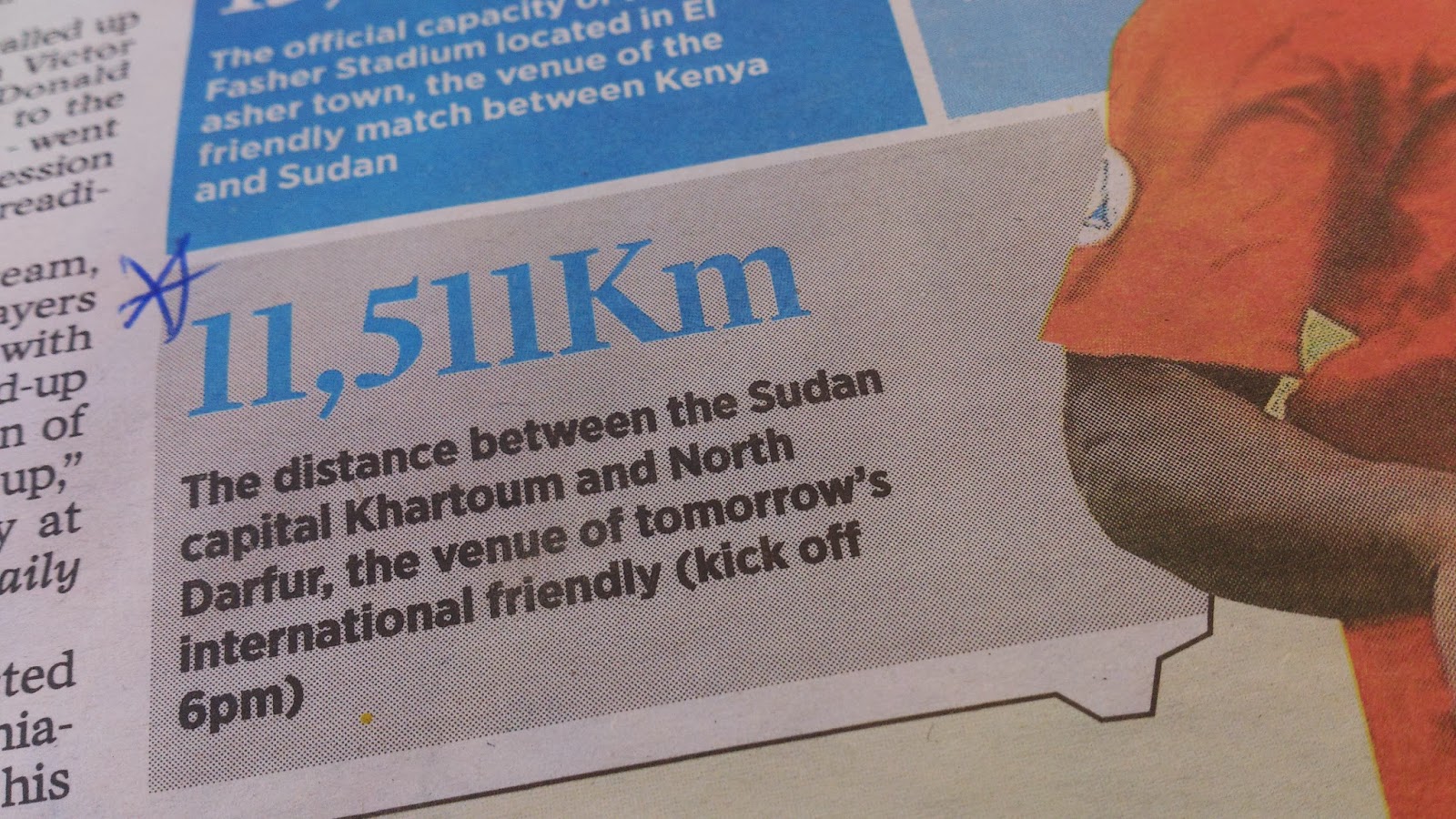 That's why I can confidently say the distance between the Kenyan capital, Nairobi and the Japanese mega city of Tokyo, cannot and will never be less than that between the Sudanese capital of Khartoum, and any other corner of that country.

Keep the Khartoum-Darfur distance to yourself, Mr newspaper editor!

i hereby declare that the learned people are the most stupid. Kenyans do not read papers to correct the grammar but to grasp the news

Indeed. Just wondering though, how will the grasping of the news be achieved, if poor grammar renders the meaning incomprehensible?

English created in Kenya. Thinking and writing from our local languages. This is why we miss it and see nothing of it...

First. Your command of the English language is poor. I challenge you to write consistently 1000 words. You a generation which has lowered standards of journalism in this country. Please pick a copy of Nation or Standard 30 years earlier and see that you are a diaper boy in writing

First. Your command of the English language is poor. I challenge you to write consistently 1000 words and get published in a respectable paper in the world. Your generation has lowered standards of journalism and all languages in this country. Please pick a copy of the Nation or Standard 30 years earlier and you will see that you are a diaper boy in writing. Keep dreaming boy, dream.Its sweet but whoever you are please, grow to tell your grand totos that your were a half baked brogger