BLATANT LIES AND MANUFACTURED TRUTHS IN THE MEDIA

At what point is it safe for the media to generalise that a particular view is a reflection of a wider belief or standpoint? Apparently, for the Kenyan press, all it takes is to interview one person and then assume the views are from multiple sources. This amounts to peddling blatant lies and manufactured truths. 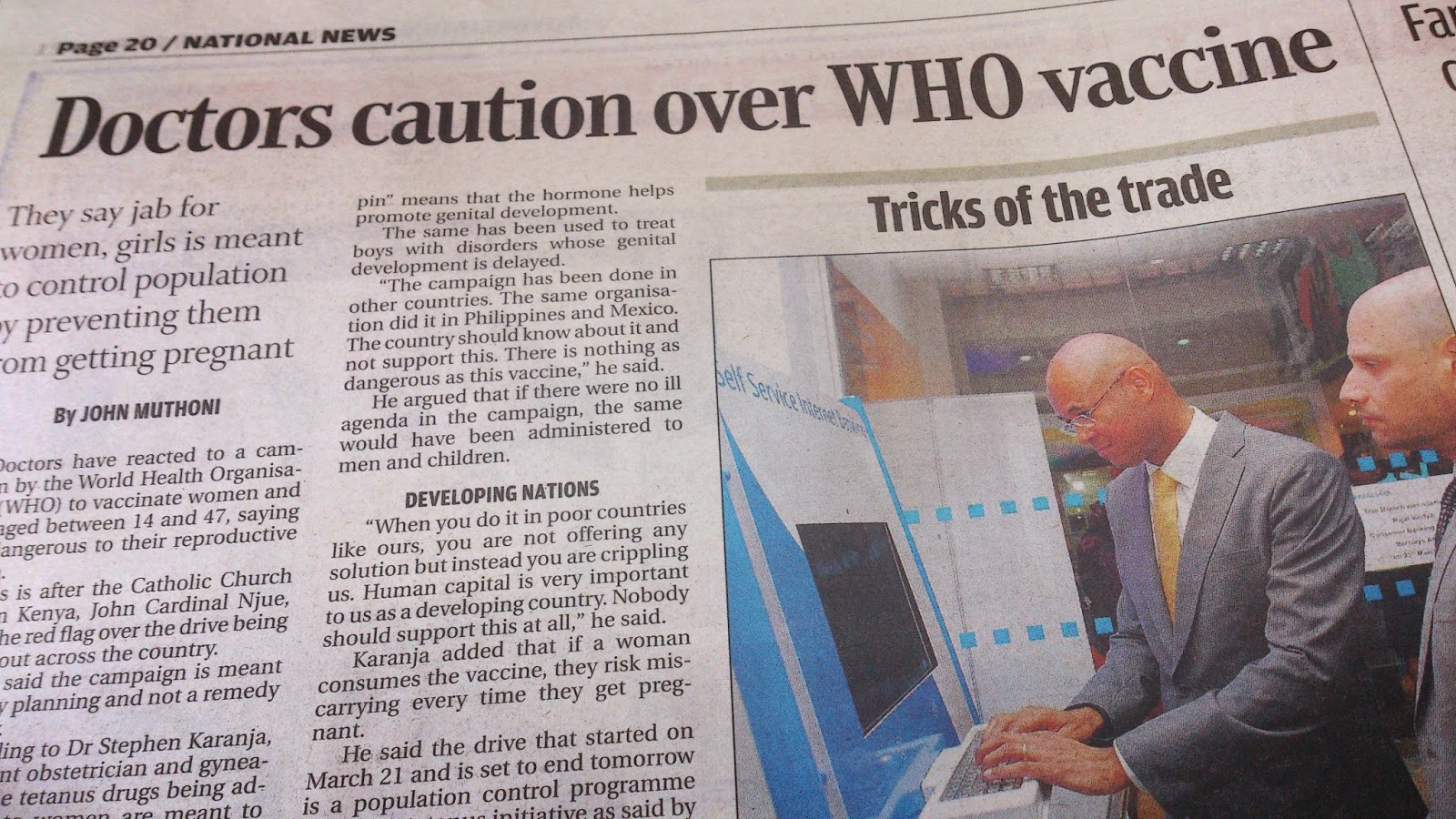 According to the headline of this particular story, from one of the national paper, doctors have spoken in one voice and advised that care should be taken, before administering a World Health Organisation tetanus vaccine to women.

Given that doctors are highly trained professionals, this report naturally sends alarm bells ringing, especially because a sub-heading continues to state that the vaccination campaign seeks to prevent women or girls from getting pregnant. 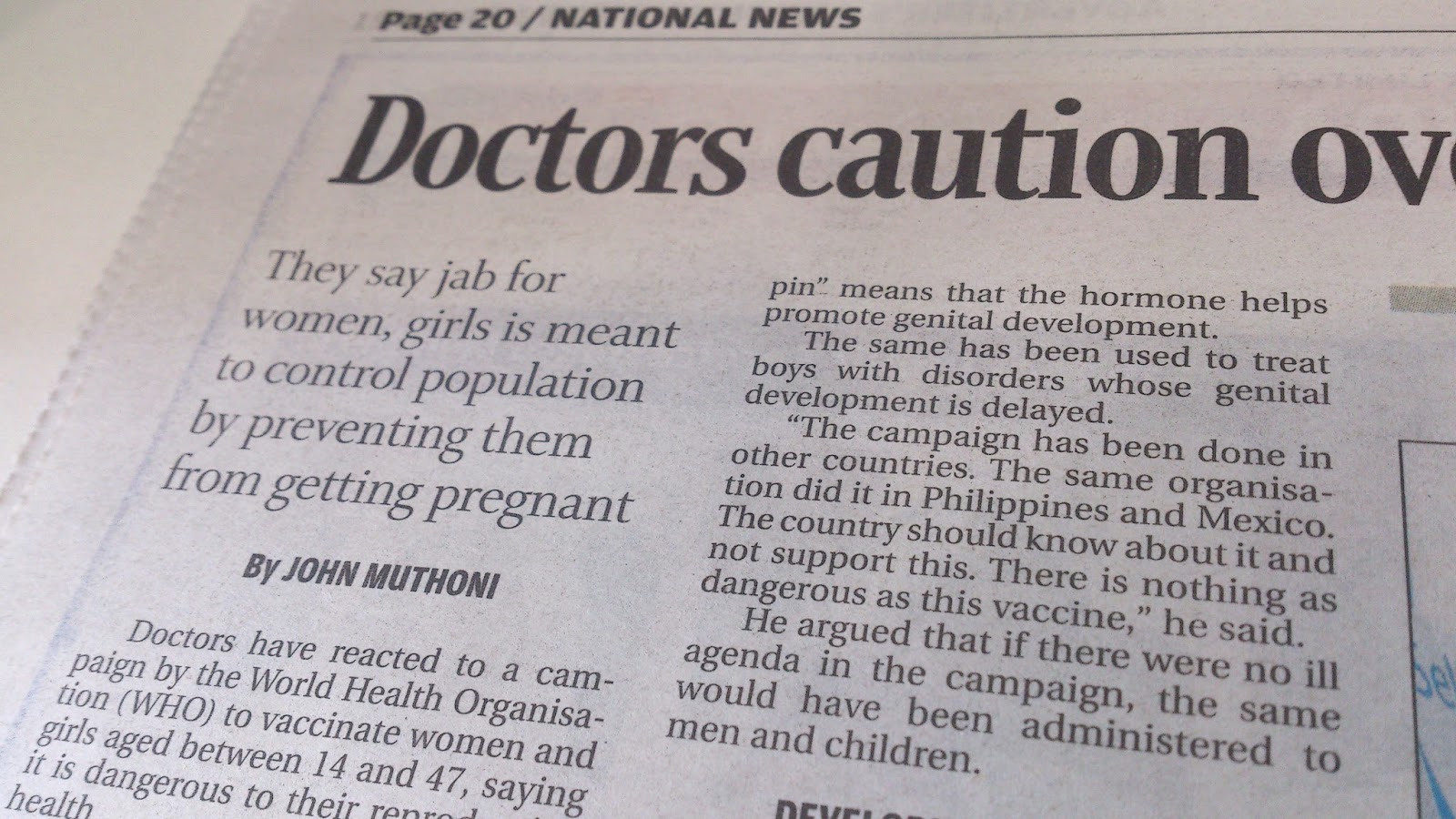 This message is prominently displayed and underscored, with the attribution suggesting more than one doctor, if not an organised grouping of medics, holds the same view.

But shockingly, further down the article, it becomes clear that the writer only spoke to ONE doctor!

How then, could the newspaper editor conclude from this single interview, that the resultant stance on the tetanus vaccine issue, is representative of the thinking of many doctors? 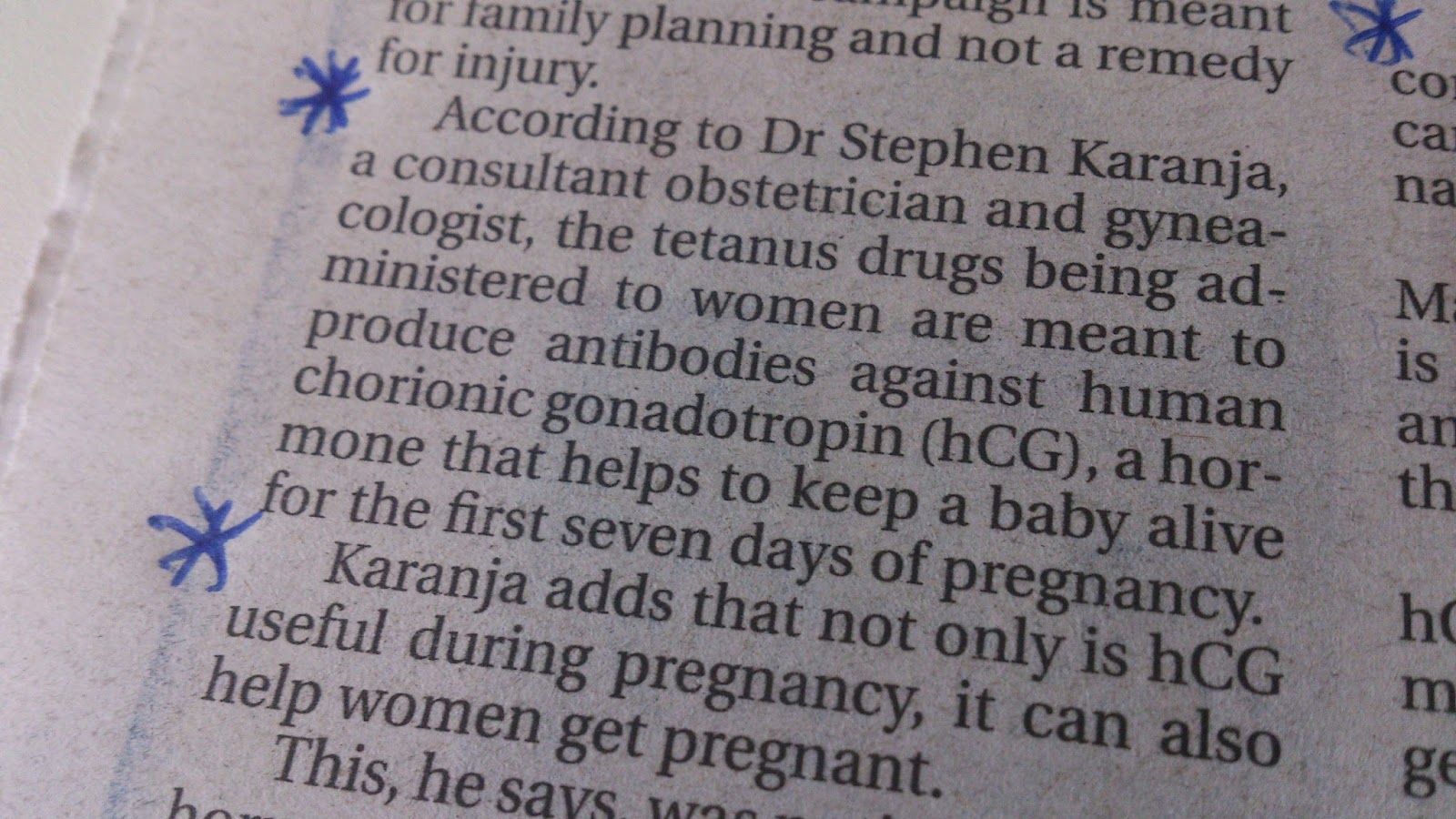 Isn't it easy to conclude that this article has a hidden agenda of backing up similar claims raised by the Catholic Church head in Kenya, who was the first to reject the WHO vaccination campaign?

No doubt this amounts to a gross misrepresentation of facts, deliberately designed to sway opinion against the campaign to administer the tetanus jabs.

Even if it eventually turns out that WHO had an ulterior motive of 'preventing pregnancies' the reader needs to be allowed to arrive at such a conclusion using supportive and compelling evidence presented in the article. 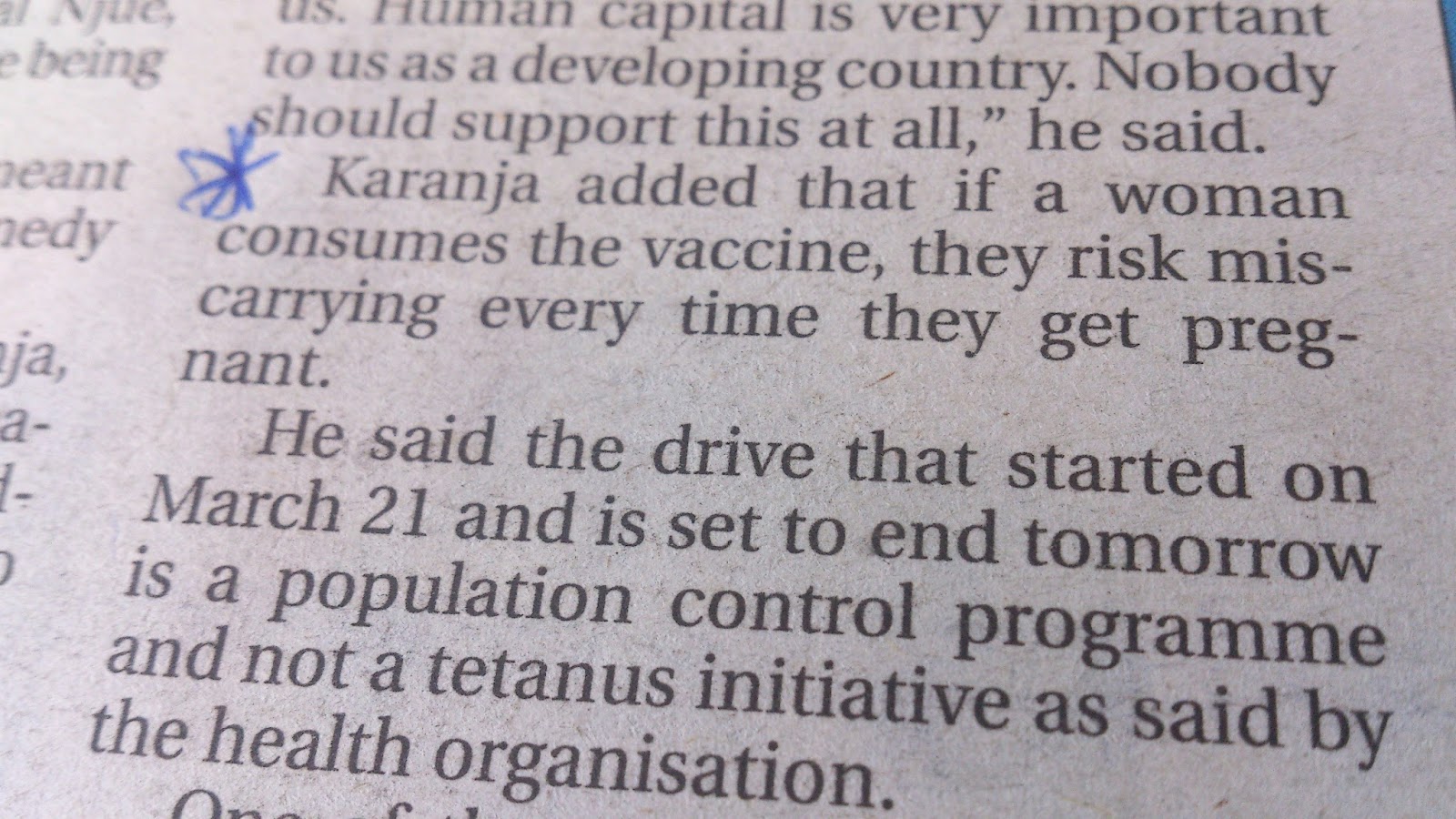 Not by propagation of misguided perceptions. Again. The media is not a platform for circulating blatant lies and manufactured truths!

Email ThisBlogThis!Share to TwitterShare to FacebookShare to Pinterest
Labels: John Cardinal Njue, The Standard, WHO Tetanus Vaccine in Kenya