OF NEWSPAPER HEADLINES AND SUBJUNCTIVE VERBS

The use of English language by Kenyan newspapers is many a times so wanting, it almost feels like editors are beyond any grammatical help. But there are times, when their grasp of syntactic tenets and semantic elements shines through. And thanks to one newspaper headline, I'm now more familiar with subjunctive verbs. 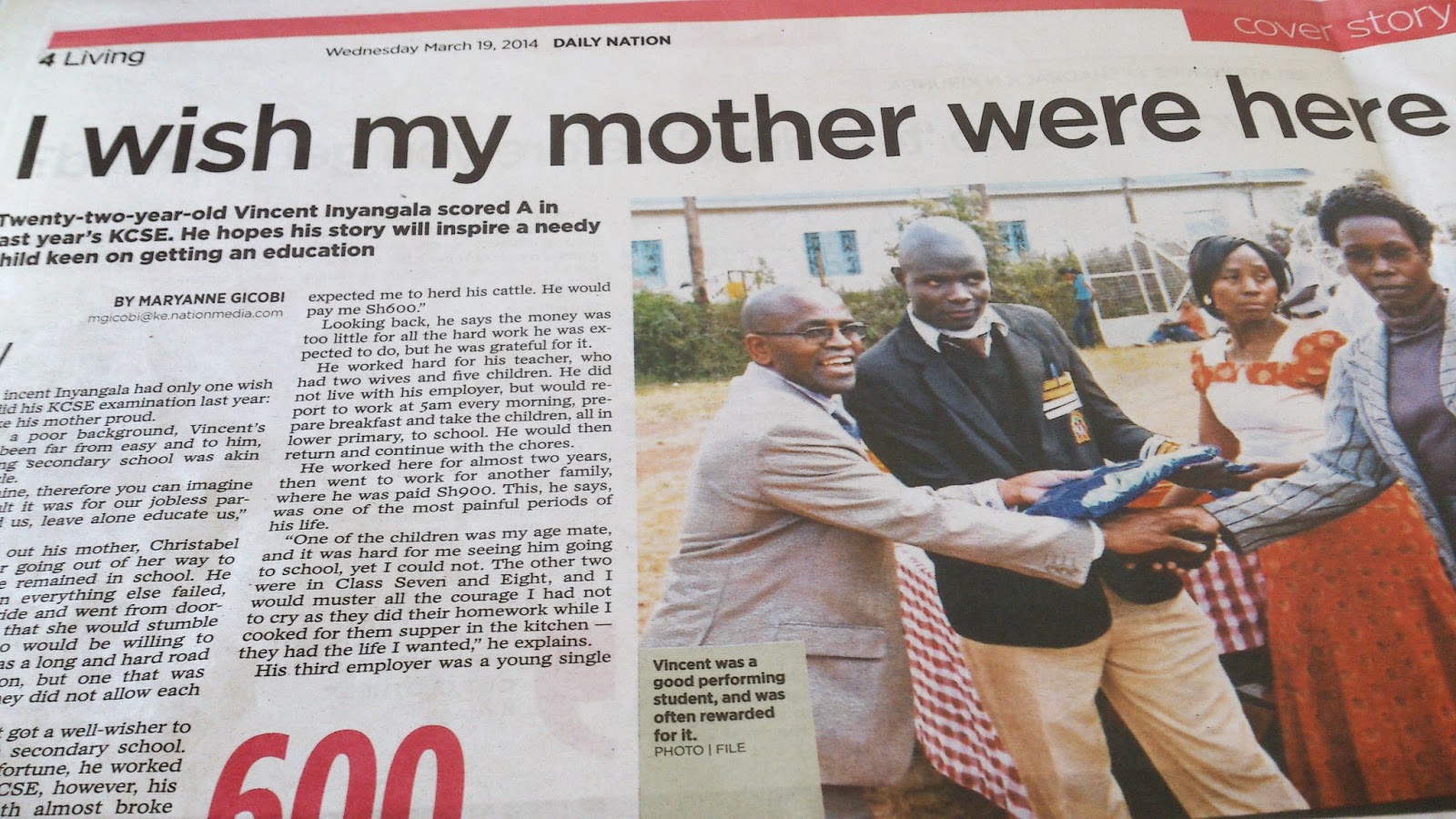 On coming across the above headline construction, I admittedly, thought it was erroneous at first. I mean, the rules of singular and plural verb forms immediately point to some grammatical discordance, right?

Well, not exactly in this case. It is tempting though, to conclude at first glance, that the correct construction should have been, 'I wish my mother was here...'

But here, the subject 'I' in this headline, is just not referring to something in the past tense, and subsequently the case for using the verb 'was' to comply with grammatical rules.

As I was so ably informed by Lynne Gaertner-Johnston, in her phenomenal blog, what is being expressed here is something that's contrary to fact.

This means the person is directly implying his mother is not alive. Had 'was' been employed here, instead of 'were', then this meaning would be lost.

And it could also misleadingly suggest the mother was not there, only on that particular occasion.

'Even if I were an English language guru, I would know better than to generally condemn the competence of Kenyan newspaper editors.'

I really appreciate this wonderful post that you have provided for us. I assure this would be beneficial for most of the people.
High End Fashion seen at Haute Living