SHAME OF A NEWSPAPER LAUGHING AT TRAGEDY

The tone of a news story largely depends on the nature of its content. If it's about a happy occasion, then the audience can naturally be moved to smile or even laugh. Similarly, a tragic story is likely to elicit sadness. So it's very absurd for a Kenyan newspaper to purport to see a funny angle in a story of great sorrow. Laughing at tragedy is such a shame and unethical. 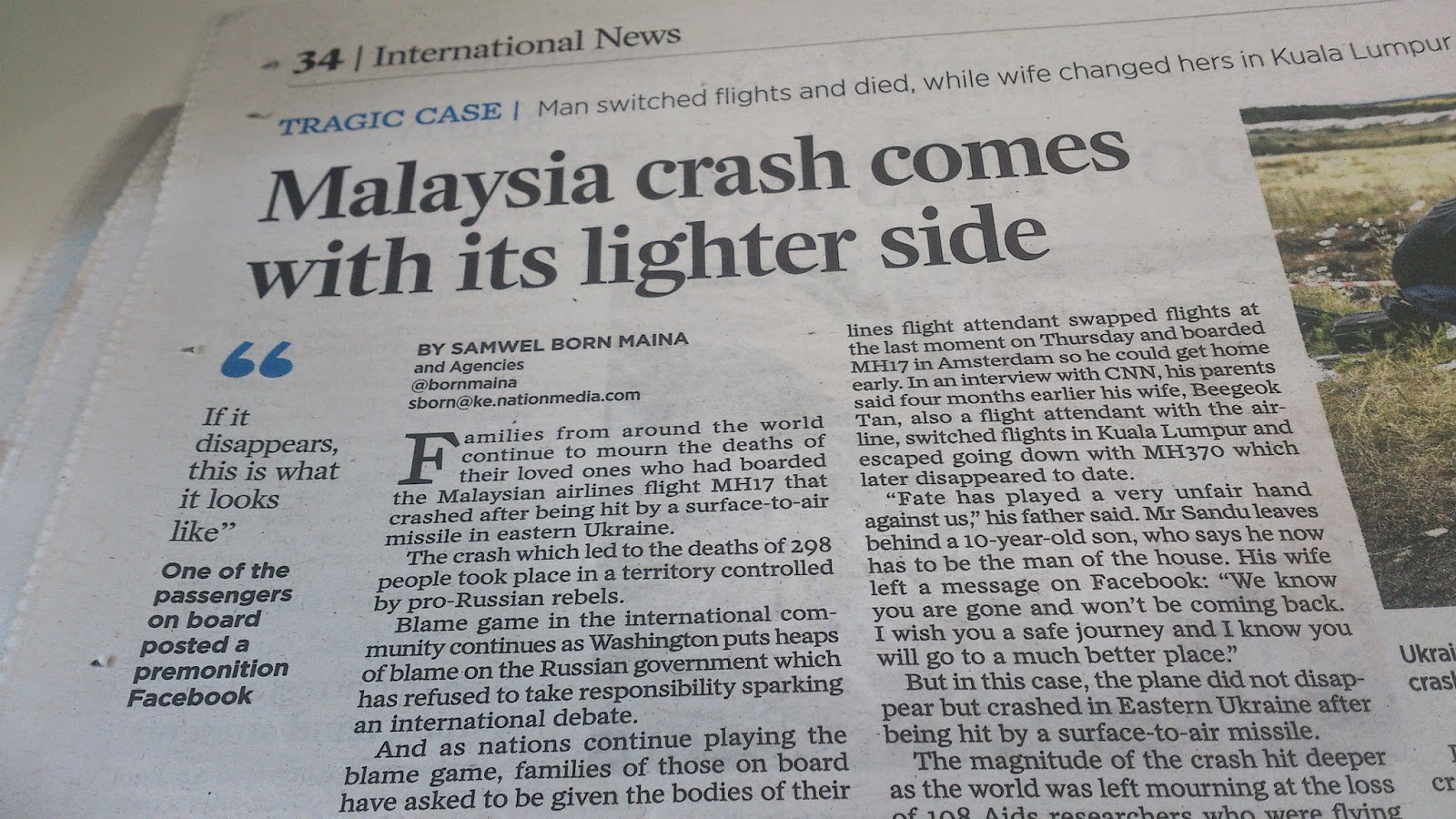 Nearly three hundred lives were lost, when a Malaysian plane was downed in eastern Ukraine. Death brings immense pain to those directly or even indirectly affected. And so, I find it highly insensitive for a national newspaper to publish an article headlined:

"Malaysia crash comes with its lighter side."


What is light about people perishing in a such a horrific manner?

And what's funny about the folly of the man, who changed flights, only to end up dead?

If one of the passengers posted a pictorial premonition on social media, saying, 'If it disappears this is what it looks like,' does it give the newspaper's writer/editor leeway to depict the 'unfortunate' irony, in a 'laughable' context?

There's no lighter side of this story because many hearts are heavy with grief.

Very very sad indeed. This is the type of reportage that ought to be condemned by all. Blame squarely lies with the editorial team.

It's a travesty against natural human empathy.