OF A NEWSPAPER'S INCONSISTENCY AND SHORTCHANGED READERS

Newspaper editors have a right to place articles in whatever position they feel will give the paper a lift, financial or otherwise. Stories of the 'non priceless' type, after all, are important in driving up sales. But this does not mean the readers should be shortchanged, in terms of the consistency of featured stories. 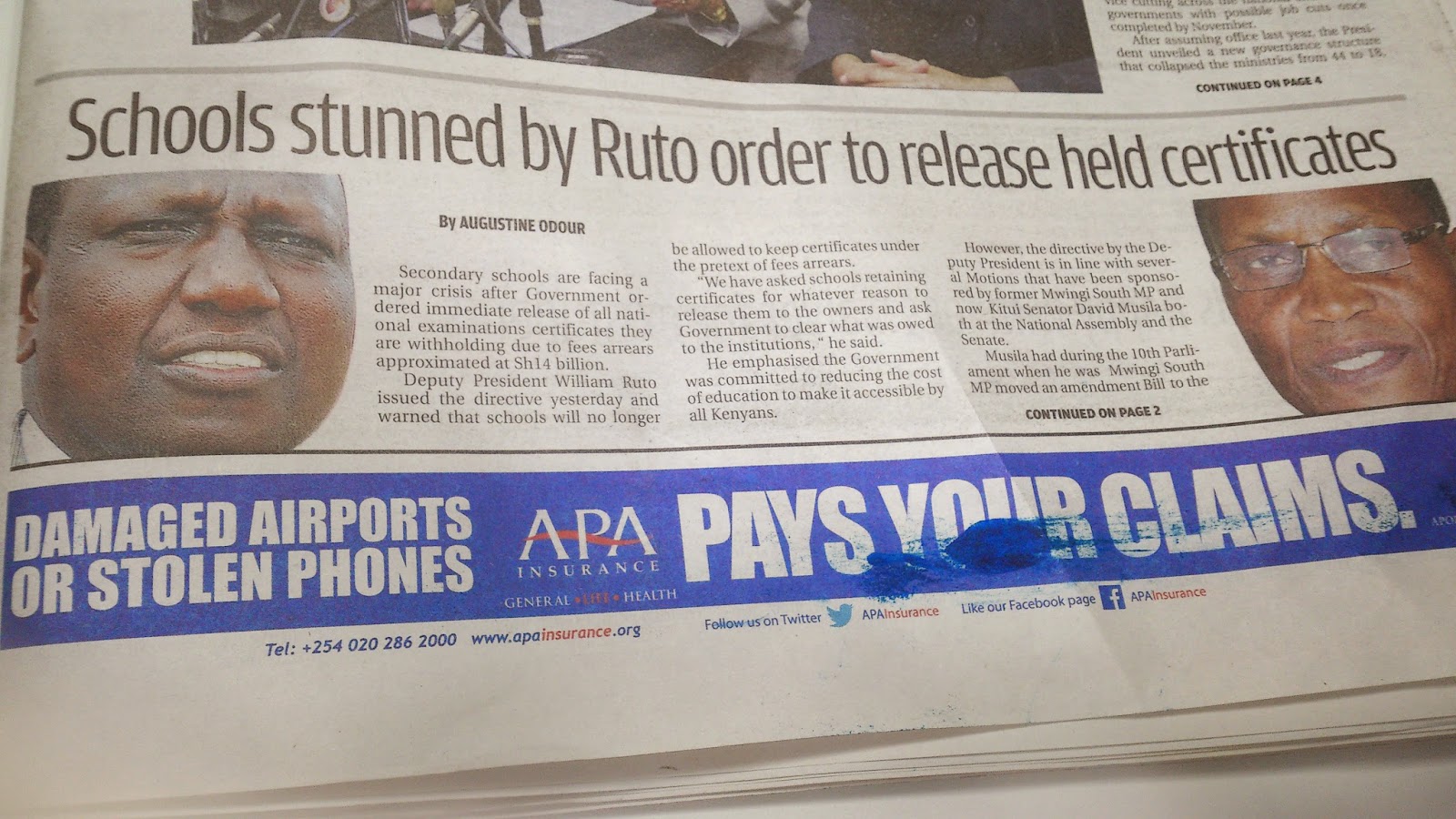 According to the first paragraph of this front-page article, in one of Kenya's biggest newspaper publisher:

Secondary schools are facing a major crisis after Government ordered immediate release of all national examinations certificates they are withholding due to fees arrears approximated at Sh 14 billion.


So, going by this content, contextualised by a headline starting with the words, 'Schools stunned...' one gets the impression that the decision by 'Government' is a very unpopular one, to the point of causing great discomfort to various, if not all school managements in the country. 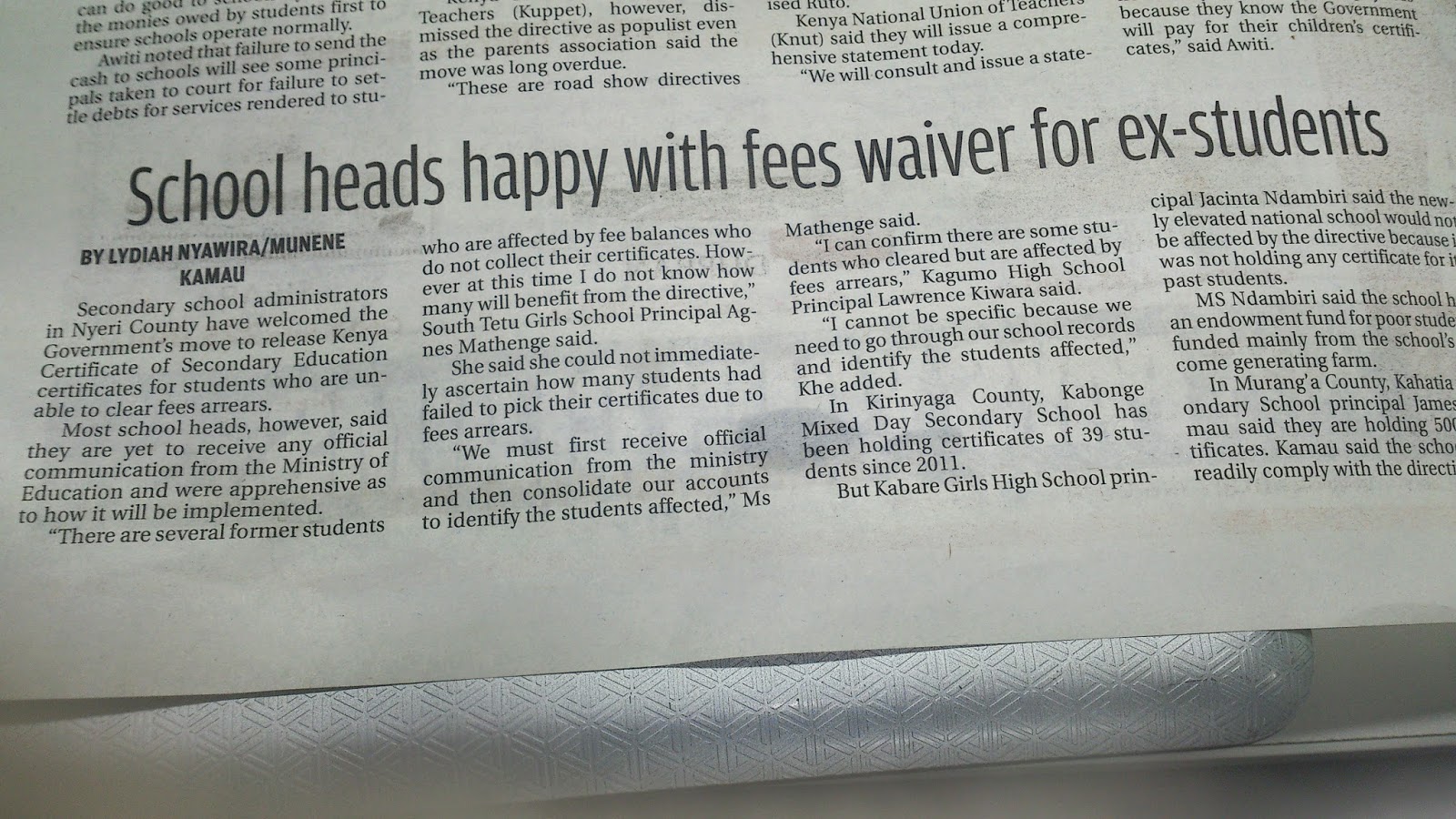 But on the next page of the same newspaper, another headline screams: "School heads happy with fees waiver for ex-students." And in stark contradiction to the previous story, the first paragraph says:

Secondary school administrators in Nyeri County have welcomed the Government's move to release Kenya Certificate of Secondary Education certificates for students who are unable to clear fees arrears.


So which is which?

Notice too, that in the second story, it's being implied that 'Government' has been keeping these withheld certificates, which will now be released...again...an apparent contradiction of the facts stated elsewhere in the same story, and also in the front page story.

If this defines the editorial approach of a 'bold newspaper' then I'd rather a bald one.