Everyone is allowed to hold an opinion. But this does not negate the need to respect other people's views. If journalists happen to also have an opportunity to publish their opinion, a measure of restraint is required. And if you mix Godly matters with your criticism, be wary of the unpardonable sin, as you practise your 50 shades of insensitive journalism. 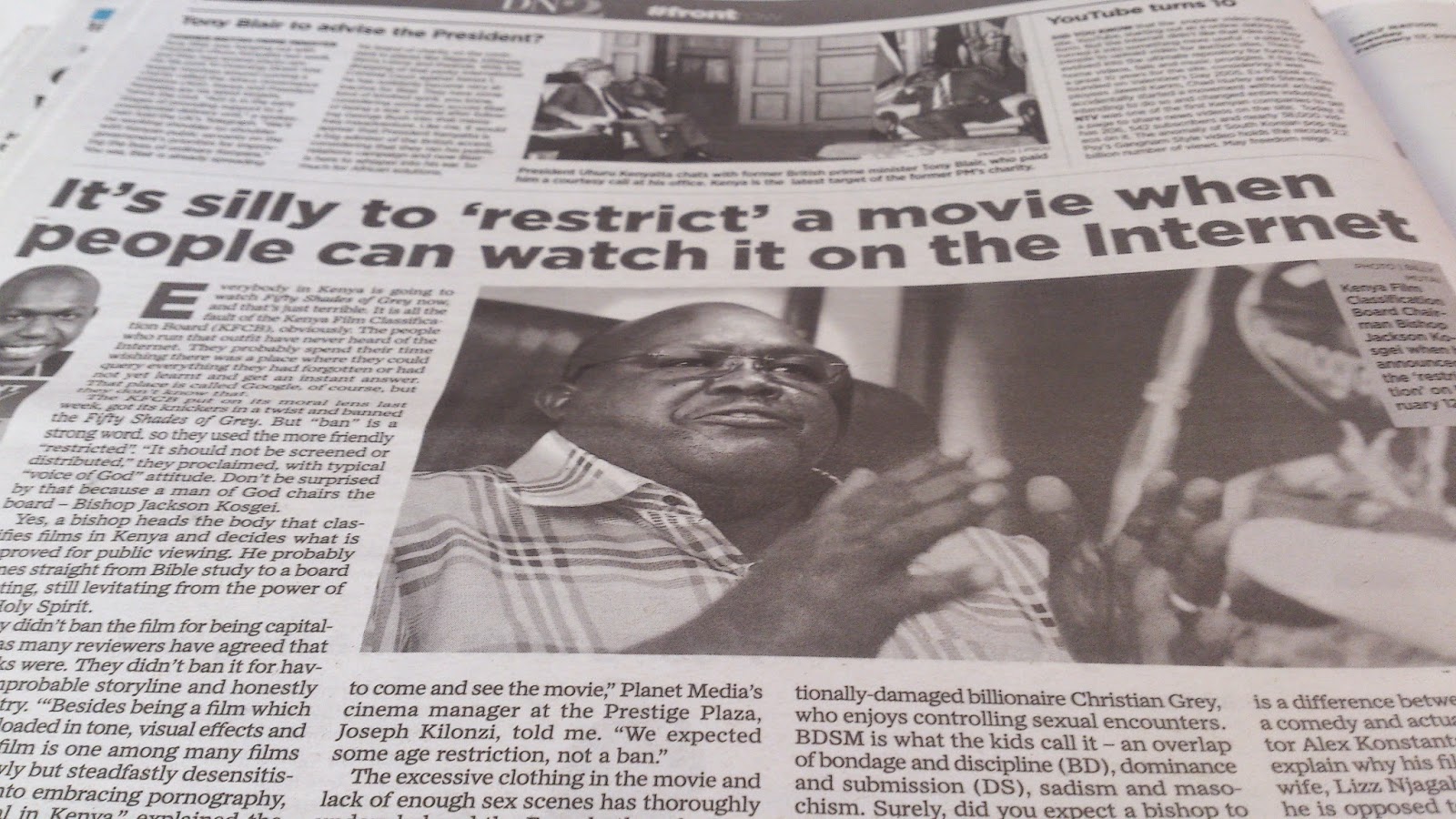 You may have reservations about the decision to ban a film, based on what in your estimation, constitute flimsy and untenable grounds.

But why not just entirely dwell on the material facts, instead of singling out the personal attributes of the perceived decision maker, as if there's no institution he's representing?

There's little value addition in using a false dichotomy to defend your position, and amplifying the perceived irony of a bishop having to decide whether a film has pornographic content. 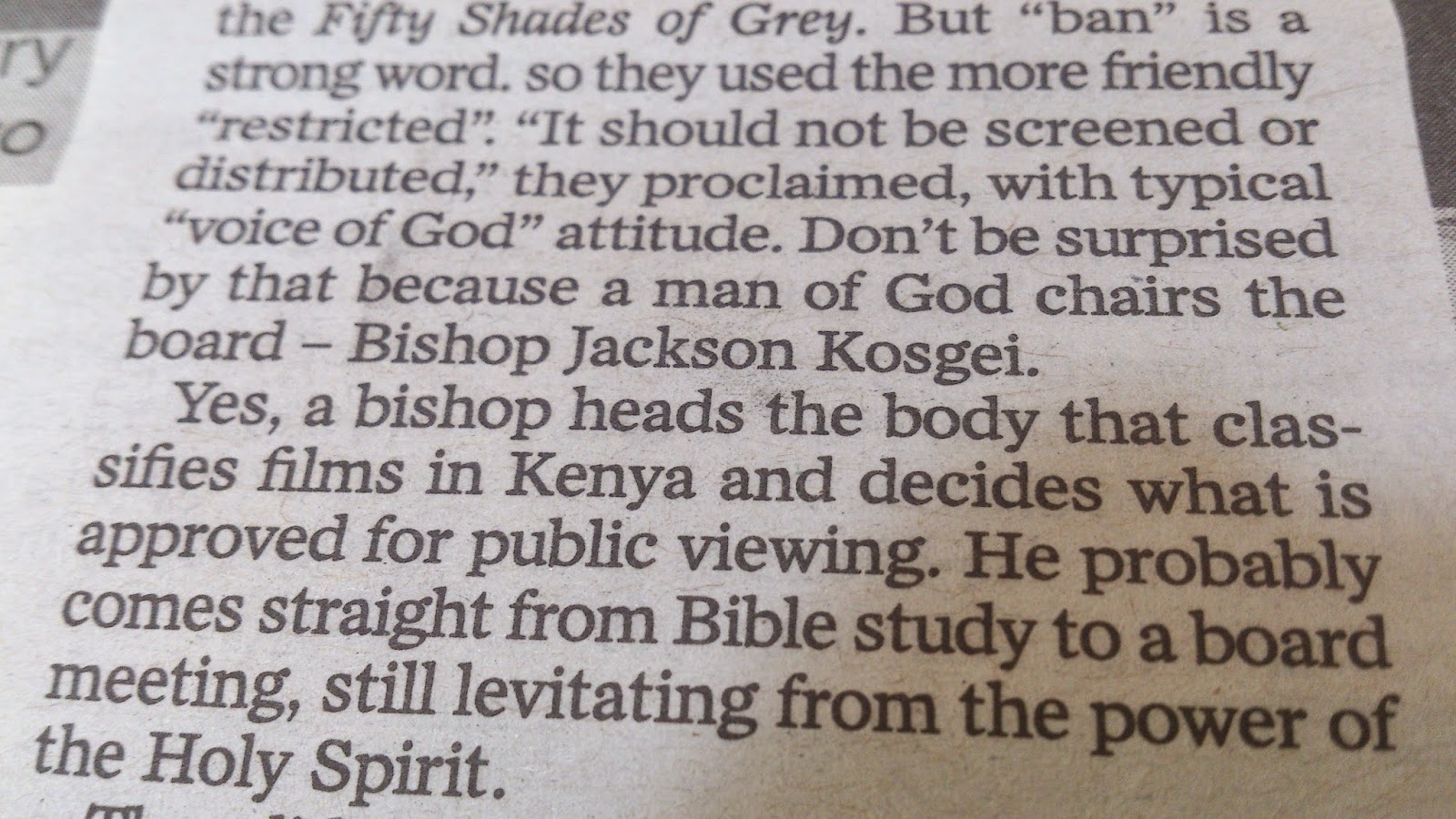 Then comes the usage of a trope that is heavily laden with insensitive religious 'overtones' in advancing the argument:

Yes, a bishop heads the body that classifies films in Kenya and decides what is approved for public viewing. He probably comes straight from Bible study to a board meeting, still levitating from the power of the Holy Spirit


This is not only demeaning to majority of the faithful in Kenya, but comes dangerously close to illustrating a perfect timing for the use of fire and brimstone!

Some would say it's an unpardonable sin.

I call it 50 shades of insensitive journalism.