The motivation to find and disseminate meaningful information in Kenya's mainstream media, is perhaps withering, in the wake of the digital migration standoff. If there's no guaranteed audience, why bother and worry about the content? Consumers should be bracing for value subtraction in media content. 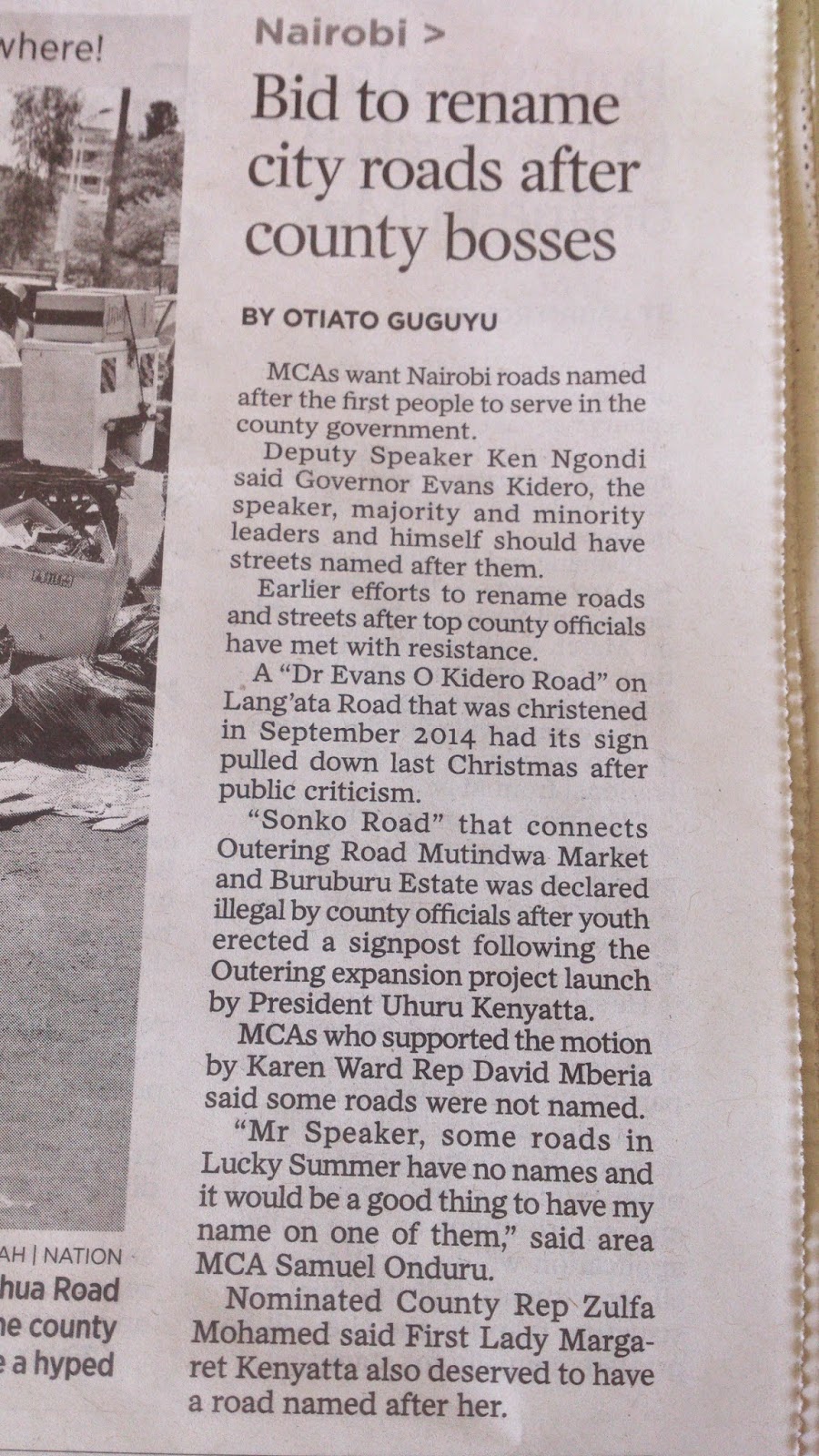 The same editorial rigour from days gone by, though not always consistent, appears to be lacking in copious amounts, in the content published (and quasi broadcast) by local news outlets.

It might have been a 'dry' day, but that notwithstanding, the, 'Bid to rename city roads after county bosses' story should not have been published, without giving it a frivolous context.

That the editor thought it fit for consumption by rational newspaper readers, in the form presented, is scandalous, to say the opposite of most.

Sample this warped self-worth sentiment by one MCA, as captured in the story:

'Mr. Speaker, some roads in Lucky Summer have no names and it would be a good thing to have my name on one of them'

Such a quote reflects the morbid obsession with mediocrity that has been taking over local newsrooms.

It's hard to tell the difference between the reasoning by some Members of County Assembly, and the newspaper publishers.

In other words, they both seem to think the naming of city roads after public servants in the county assembly, is an important issue, worth our shillings and sense investment.

That's where I draw the line. If you don't condemn then you condone!