Product differentiation. Market segmentation. Audience fragmentation. Useful terms for a media business. This model requires monitoring the competition, to identify unique selling points. So, three Kenyan newspapers having an identical picture in their front page, on the same day, could be an editorial coincidence, pictorial conspiracy or just a copycat tendency.

There has been fervent discussion already on this 'different similarity' with some people quickly seeing a compromised media, while others highlighting the 'universal' press appeal of the persona captured in the photo.

But the strengths and weaknesses of such arguments are not my concern here.

It's the valued mark of pride across the Kenyan media landscape, built on a firm foundation of churning out cloned content, delivered in almost the same style. 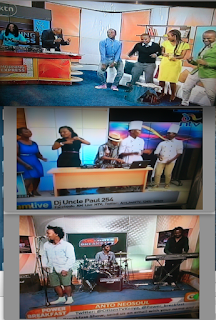 It's as if the audience has all along been homogenised from the analogue days of yore, to the post- digital migration yonder.

So all the main news broadcasts across different channels and platforms have to be aired during one prime time hour/top of the hour.

Newspaper pullouts are almost identical, whether the material is generated in-house or lifted from the Internet.

Digital/online departments are regurgitating similar content/shovelware, and social media engagements have been reduced to a tired conversation that everyone gets invited to participate in.

The same quasi-analysts and pseudo-celebrities hop from one media outlet to another, in a nauseating circuit.

TV programme formats are so similar that presenters can host shows in 'rival' stations, like they are being welcomed home. 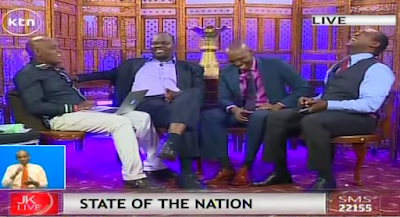 Oh, yes. Blogs too have exponentially sprouted locally, and are doing a good job of circulating the same gossip, falsehoods and innuendo, in their respective spheres of effluent.

So, there's really no cause for alarm, if one picture dominates the front pages of the major Kenyan dailies, in one day, is there?