There's activism and advocacy. There's patriotism and public service. Then there's journalism. But within journalism can be found all the aforementioned elements. The distinction is that these are not expressed in their raw form. They are editorially refined, to best project the public interest. That's why there could be a thin line between suffering for, and serving Kenya. 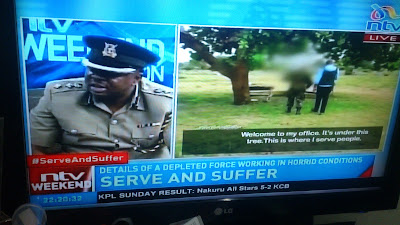 If a media outlet decides to embark on an investigative piece touching on core national security matters, it thus becomes critical to serve public interest by telling the story, without setting up the country for untold suffering.

I strongly believe it's the duty of the press to uncover shortcomings of the government and state agencies, to make them more accountable and true to their mandate and responsibilities to citizens.

But I equally expect some conscious effort to balance that sacrosanct watchdog role of the media, with the need to preserve the entity being exposed, especially if it's what we collectively call our country.

You see, it borders on being pointless, if the media reduces itself to just being a trophy hunter, uncovering scoop after scoop of the dirtiest secrets of state and society.

Okay. So in the process, there could be some real positive changes and measures taken to address issues raised.

But in the larger scheme of things, those desired changes still need a state and society in which they can manifest themselves in, and importantly, for the difference they make to be appreciated.

In other words, you can't meaningfully change the state of affairs in a state, by compromising the state's very own existence.

So, we've seen the deplorable working and living conditions of policemen, in practically a war zone. 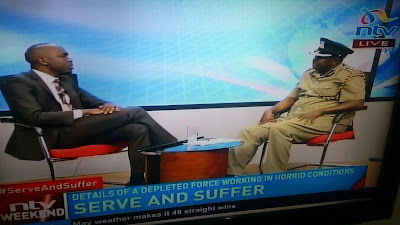 The government can be shamed into swinging into action (to improve the situation and/or deal with the source of the unauthorised disclosure to the media).

But more dreadful, the country's enemies can exploit the weaknesses highlighted in the expose, to further their deadly intentions.

The investigative piece could serve NGOs well, as they solicit for donor funding, to facilitate their often self-rewarding interventions.

However, the media must be alive to the fact that the government needs to be engaged fairly, for it to respond effectively to matters of public interest.

After all, many Kenyan journalists have been serving and suffering, in the course of discharging their professional duties, and yet the media is often too quick to expose the plight of other people.

Indeed, if you serve activism without patriotism, it is journalism that will suffer.