Editorial functions defaulting. It's tempting to think that by default, Kenyan media outlets deviate from basic journalism principles. And one element that is increasingly becoming common, is a scarcity of elementary reasoning. The nature of errors that frequently litter broadcasts and publications is astounding. 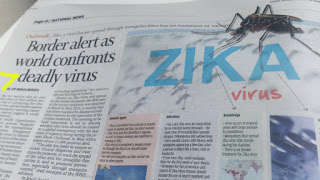 Viral infections featured in the press, usually are the type that leave a trail of deaths in their wake. Think small pox, rabies, influenza, HIV, or Ebola.

But turning to the now raging Zika virus, just how many people have died, to warrant the tag 'deadly' in the headline above? 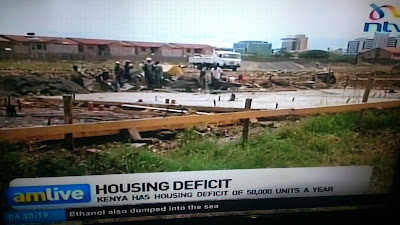 The TV news story above, clearly mentions the exact number of housing units that Kenya requires yearly, from no less an authority than the relevant Cabinet Secretary.

But the lower third text indicates a ridiculously low figure of 50,000.

A sports story appearing in a newspaper published on February 3rd 2016, gives the next three matches of an English Premier League team. 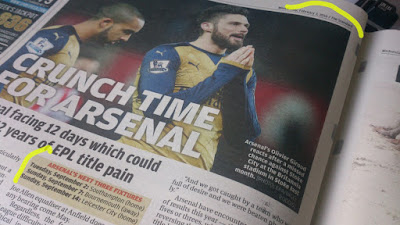 But the provided dates are either grossly backdated or fast-forwarded! September? 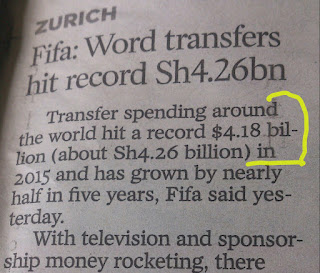 And still on non-spot on sport stories, the indicated sum involved in global football players' transfers, ridiculously implies the Kenyan shilling is almost as strong as the US dollar. And what exactly is meant by 'Word transfers' in the article's heading?

It's often good, when writers and editors of newspaper articles get to be interpretative, other than just conveying dry news. Somethings however, will forever remain relative, and any value judgement is preposterous. So, as depicted above, is it possible to determine that grandchildren can be universally said to be, 'beautiful' without the audience even having the benefit of visual aids? 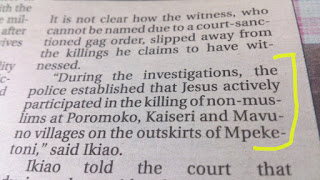 Some shockingly missing quotation marks, gives readers little option than to think a very central figure in Christianity was involved in a modern day heinous act, against His followers, somewhere in Kenya's coastal region.

Indeed, these are deeds of defaulting editorial functions, where the Kenyan media appears set to churn out errors by default.