Some mistakes in the media are innocent, inadvertent or even involuntary. But it's beginning to look like some other errors are either deliberate, or emanating from acts of internal sabotage. The name of the main subject of a women empowerment TV news feature was that of a very prominent man in the Kenyan public service. The apology afterwards failed to undo the damage. 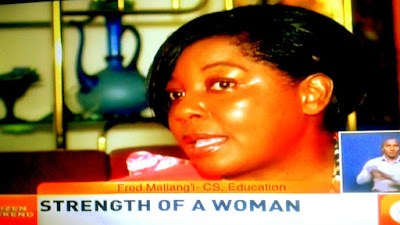 A very inspiring feature was thus ruined by such an easily rectifiable on air blunder.

Again I ask, why is it that nobody in the studio gallery, during this particular news broadcast, could have noticed this error fast enough?

Was it that impossible to make an immediate correction, or at least stop the wrong caption from going on air repeatedly?

The news anchor issuing an apology for the obvious mistake at the end of the clip, is a tad too late and effectively inconsequential.

The first time the name tag mixup goes out, it's perhaps excusable and even attributable to human fallibility, given the 'immense' broadcast newsroom pressures.

But that for the entire duration of the 7-min plus feature, the mistake was never apparently spotted, is a big indictment of the news production crew's level of alertness, and a statement about the station's editorial inadequacy.

The belated attempt to assuage viewers, is indeed a useless anatomy of a failed apology.