Results for Kenya's 2017 university entry national exam have been dominating the news agenda. The fascination has largely been on who between boys and girls performed better. But then came the tragic news of a girl committing suicide because of what she perceived to be a poor KCSE score. The coverage in one TV news channel though, had a rather strange cell phone number. 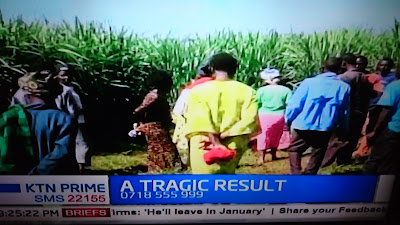 In stories that contain a plea for help, a contact number is usually provided and often displayed, to help raise finances, especially if the case is a very needy one.

However, in this tragic news coverage in this particular TV station, there was no mention of an appeal for help in resource mobilization.

And yet a mobile phone number was being frequently displayed on air. 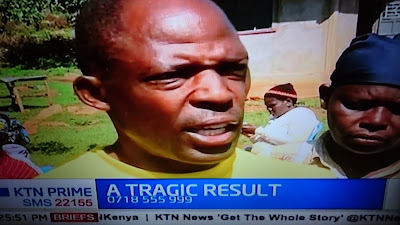 The Big Question is, what exactly was the intention here?

Whose number was it that it had to be given its own prominent space on the lower third news tags?

Send your responses and we shall sample some of them at the tail end of this year.