That a human being can subject another human being to so much physical, emotional and mental anguish is truly despicable. That institutions established to help those in distress exhibit massive failures is definitely abhorrable. That media frailties appear to add to the torment of those experiencing domestic violence is shockingly repugnant. 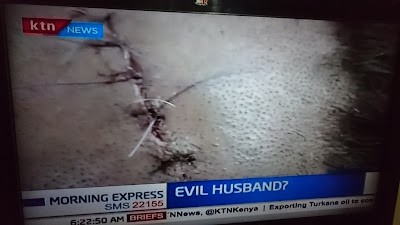 In this sickening TV news 'expose' one gets to almost feel the raw pain of the victim, as she narrates what she has had to endure.

But journalists should remember that after they are through doing a domestic violence story, the victim still has a life to go back to, with the attendant dangers probably now amplified because of the media exposure.

After watching the harrowing story, one is left wondering why the victim is not getting the help that she so desperately needs.

According to the report, the aggrieved woman did try to reach out to the police and even a renowned women's rights organisation, to no avail. 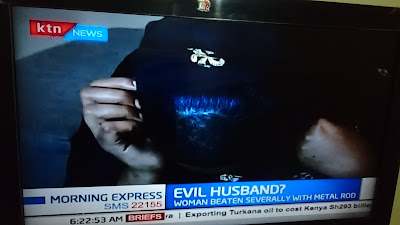 But is that all that was available to the reporter, when piecing the story together?

- Wouldn't it have been better to follow up with the police to ascertain why this case was not attended to?

-Shouldn't the women's rights defender also be asked to explain why this deserving case was overlooked?

-Couldn't the input of social workers and other government agencies have been sought, to try and ensure the victim and her children were in a safe custody, after the airing of the story?

I refuse to be convinced that a journalist's role is simply to tell the story as it is.

Not when somebody's life is at stake!