It's been a tumultuous last few days for the media in Kenya. Difficult choices had to be made between upholding press freedom and walking the independence path, or applying restrictions imposed by the government and putting a premium on being a responsible media. Along the way, it emerged that the press can be viewed either as a protector of public interest, or public enemy. 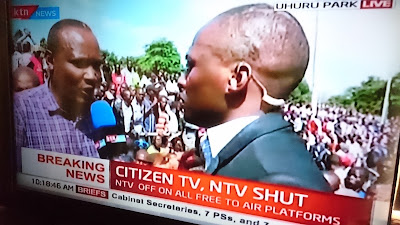 It appears like the audience may not entirely be receptive to the idea of having a resolute media that does not easily cave in to directives from the government.

Admittedly, it's a bit puzzling that public sentiment can so strongly be against the defender of the public's interest.

Where did the Kenyan media go wrong?

Let it be known that the very public that the press seeks to primarily serve, is not averse to expressing strong disapproval of shortcomings of media outlets and journalists.