SETTING THE STANDARD IN MEDIA MISINFORMATION

In the news business, the information being disseminated ought to be accurate or factual, and essentially, this needs to be verifiable. And in a world of real time digital communication, the media would be ill-advised to assume its audience does not have the capacity to cross-check details of published stories. The standard should be to ruthlessly deal with media misinformation. 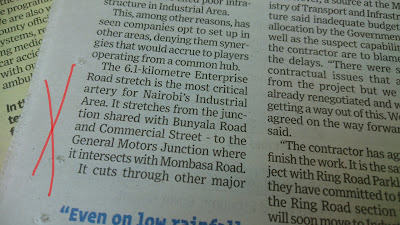 Details like where a road begins and ends may seem unimportant in the above article, but that's no justification to deviate from accurate reporting.

If the writer or editor is casual, when it comes to attention to details, there's a very good chance of upsetting an attentive reader. 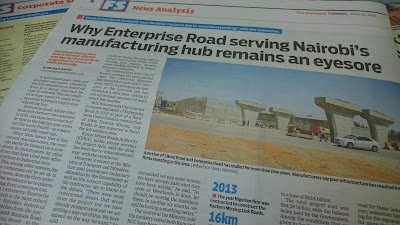 And there's no telling if some media consumers can be well-versed with such a 'little' matter like the layout or meandering of a road, (hint...hint...ME!)

The article above says:


'The 6.1m kilometre Enterprise Road...stretches from the junction shared with Bunyala Road and Commercial Street...'

That's not where Enterprise Road starts from.

The stated spot has a roundabout, where Bunyala Road, Commercial Street, Workshop Road, and I believe, Dunga Road intersect. 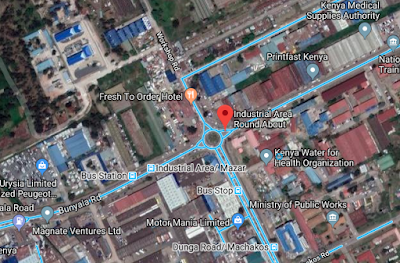 This may be hard to believe, but on the grass growing inside that roundabout, is where some 'epic' intra-estate football matches used to go down...many decades ago!

Yes, the ball would frequently get kicked into the surrounding busy roads. But I guess dodging the traffic to retrieve it, was an inevitable hazard.

Let me now take you to where Enterprise Road actually starts from.

From the 'Roundabout Pitch', wait...it's so unbelievable how a bunch of kids would gallop at full speed in such a small space, and score spectacular 'long-range' goals! Right, let's take Workshop Road, and then branch off, where Factory Street begins, (why do I feel like I'm going home?).

Further down Factory Street....the side with Kenya Railways staff quarters...just before where that white trailer is parked...the first house on that block.... well, it looks very familiar. But let's move on.

When you reach the first junction on the right, along Factory Street, from the direction we've taken from Workshop Road....taraaaah!

That's where Enterprise Road starts from ladies and gentlemen.

And, very close by is a popular 'Big Shop'

Next to this vibrant social joint, is what used to be called Sanford Road Nursery, where someone you now know, started his formal education from. 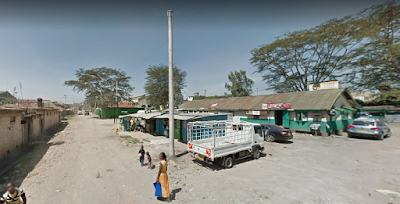 Back to Enterprise Road, (which also can be accessed from Commercial Street, being somehow parallel to Factory Street), is indeed, a major artery in Nairobi's industrial area.

And it was such a joy back then, discovering the alphabetical system of naming the roads branching from it, from Addis Ababa, Bamburi, Changamwe, Darkar, Funzi, Gilgil, Homabay, Isiolo, Jirore, Kampala, Likoni, Mogadishu, Nanyuki, Olkalou, Pate, Rangwe, and there's probably a road starting with letter S and T, too. 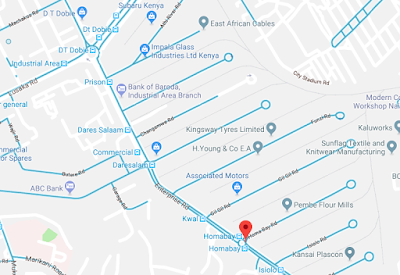 In so many words and precious memories, the stories covered by the media could be so well-known to a section of the audience, that any misreporting of facts could be excruciatingly painful.

Another equally obnoxious element in the axis of editorial evil, is manufacturing facts, which augments the damage of media misinformation. 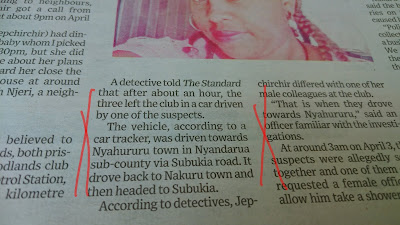 The presence of a non-existent sub-county here, indicates an absent-minded sub-editor!