HEAT OF LIFE, LIVE HITS AND WHY SUPERIORS AND PEERS MATTER LESS

In the field of journalism, professional challenges abound. If one gets into an unfamiliar territory, chances of failing spectacularly only outweigh the risks of a possible job loss. And when disaster strikes, forget the assurances from superiors and your peers. Rely instead on your self-belief. It will take you through the heat of life and live hits. 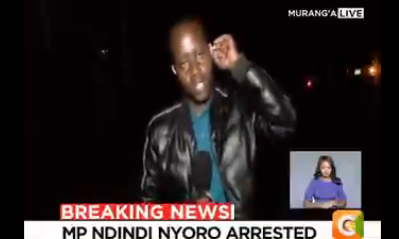 The reactions to the 'wanting' linguistic abilities of the reporter above, oscillated between outright condemnation and patronising reassurance.

Indeed, serving the public's interest can expose a journalist to great ridicule from the same public.

But that is just an occupational hazard.

The real danger is the carefully concealed hypocrisy.

If the live report touched on something that's significantly damaging to the reputation of the media house, say, erroneously stating the President ordered the arrest of the area Member of Parliament:

- Would the newsroom managers come to the defence of the reporter, because it was the first time he was doing a live hit?

- Would senior editors or producers take responsibility for risking to have an inexperienced reporter doing a live broadcast during prime time?

- Would fellow colleagues in the industry be very sympathetic, or would the reporter become a case study of how not to do a live broadcast?

The reality in many a Kenyan newsrooms is that here, the reporter could be left to fry alone, even if the information he shared was given to him by his bosses. 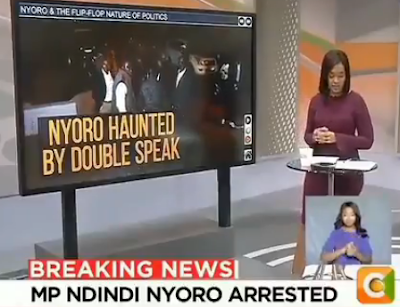 And such is life. You really can't depend on other people to back you up 100%, all the time.

That's why it's so important to have an inner reservoir of strength, hope, courage and determination to soldier on, in the face of career-threatening adversity.

- Those offering their support, can opt to become spineless, if it suits them more.

- Those getting in touch to express their solidarity can thereafter be out of touch with your basic needs.

- Those sharing how they overcame similar circumstances can fail to disclose if they had somebody higher up protecting their interests.

That's why in the heat of life, and even after a live hit mess, what superiors and peers say should matter less.

Focus more on your self-belief and the Most High!