NEO-VALENTINE'S INSIGHTS, AS PERFORMED BY NE-YO

It is a day set aside for lovers. But critics of St Valentine's Day feel it has been reduced to a heavily commercialized occasion. A live performance by American  R&B  singing and song writing sensation, Ne-Yo, at London's Wembley Arena, fully exploited both sides of the February 14th divide. 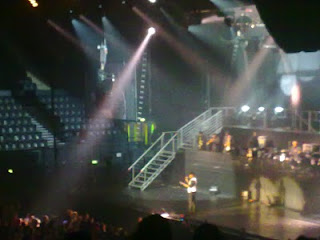 The scheduling of the evening concert on Valentine's Day was a major marketing coup, with Ne-Yo's sensual ballads fitting snugly with the amorous atmosphere of a lovers' day.

It is not surprising perhaps then that the venue was packed with over 10,000 screaming revellers, mostly female and also with a fair ratio of couples in tow.

And they got their money's worth as Ne-Yo belted familiar tunes, to which the crowd was more than happy to supply the lyrics, had the man lost his voice on stage. As has always been the case, 'So Sick' and 'Sexy Love' were among the most favourites tracks of the night.

The show was spiced by very sexily attired female dancers, who at some point embarked on simulated 'coital manoeuvres' with Ne-Yo under amazing silhouette light effects, much to the delight of the frenzied audience.


The song writing talent of Ne-Yo

But Ne-Yo did showcase his song-writing prowess too and earned an instant applause when he crooned, 'To the left...to the left....,' which is the opening of the ' Irreplaceable' monster hit he penned for Beyonce.

Another Hip-Hop anthem that that delighted the crowd was the number one hit, 'Let Me Love You,' which he wrote for Mario. It did not matter that the chorus was more like a jazz interlude.

And screams of  'Me...me...me' almost brought the roof down when it was time to select one lucky girl  to join Ne-Yo on stage for a special Valentine performance. 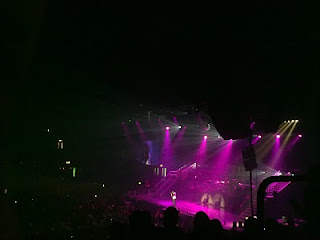 Another unexpected climax was provided by the band's powerful renditions of the late Michael Jackson's smash hits, as a tribute to the genius that was the King of Pop.

The next American performer at the Wembley Arena has a hard act to follow in thoroughly entertaining the UK audience. But then again, not so much given that it's going to be none other than 50 Cent, in March.
Posted by Albert Gachiri at 05:48