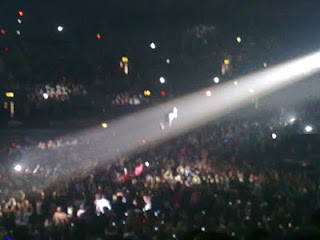 One weekend. Four two-hour shows in one venue. Over 40,000 screaming fans, each paying more than £20. That is how powerful the X-Factor television concept is, when it comes to attracting untold riches.
You may easily think the primary goal of the hit series is to uncover fresh singing talent in the UK. But the more I do the maths around the massive incomes generated before, during and after the show's conclusion, the more it begins to look like a business proposal excellently executed.
To begin with, over 200,000 hopeful contestants auditioned for X-Factor, out of which emerged 12 finalists, who went through an elimination process that culminated with 19 million people tuning in to see the 2009 winner being declared last December.

So during the shows, the producers were constantly testing the market to see which talent personifies a musical product that will eventually be sold to the same audience for a song. 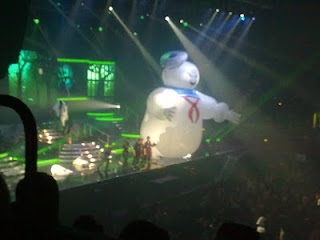 Think about it. The Jedward outfit could not sing properly even if their lives depended on it but somehow, they stayed on at the expense of other worthy talent. The producers noticed the wild reception the duo was receiving on stage and that signalled a strong product recognition.
And indeed, during the finalist concert at the Wembley Arena, the Jedward act drew one of the largest applauses, coming only second to the winner, Joe McElderry.

Another brilliant business idea was to create the impression that the millions of viewers were doing the actual selection of the winners through a public vote. This sort of bonded the audience to 'their' choices and ensured customer loyalty to the X-Factor products. 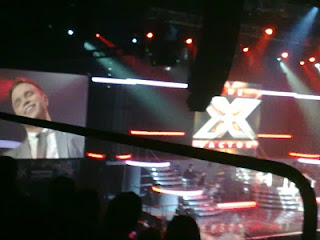 So now the show is on tour across the UK, playing out to sold-out venues and destined to rake in more than a billion GBP.

Even though the stars perform unoriginal songs, they are still sensational in the eyes of the audience, who incidentally have already seen the show on TV.

The fans constantly take pictures of their X-Factor musical idols but after the show, they still buy thousands of posters bearing the images of the performers.
And some still wait to catch a glimpse of the bus taking the stars pulling out of the venue and scream some more.

They believed the X-Factor hype.
Posted by Albert Gachiri at 12:39