THE ELUSIVE ILLUSIONS OF A LIVE NEWS BROADCAST

The interview was going relatively well. The anchor was trying her best to wear a serious face, to camouflage her youthful looks. And the guest was equally trying to project the demeanour of a seasoned politician, despite his obvious 'greenness.' Then an intruder darted into the live set of the news broadcast. 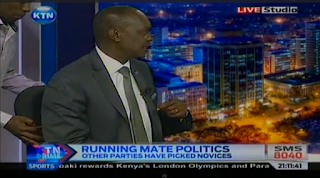 I can state with near certainty that this entrance was not part of the instructions given by the News Director. And the Vision Mixer most probably didn't intend that shot to go on air.

It definitely looks like on this night, there was a mix-up resulting from some sort of miscommunication, in this particular studio gallery. However, irrespective of who was responsible for the error, the consequences are grave.

This is largely because the viewer has been conditioned to see 'flawless' production executions, which sometimes even perpetuate a perception of visual magic, (think virtual sets). 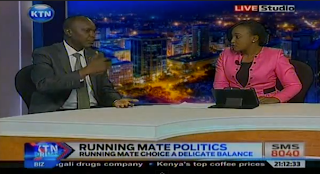 And therein lies the challenge of sustaining high TV production standards. The viewer must not be allowed to awaken from this 'mesmerised' state of mind, when watching a live news broadcast.

But the kind of off-screen commotion that goes on during such a broadcast, is such that all the personnel involved need to be accorded a hero's status and utmost professional respect.

Let's appreciate that the job is not easy. The pressure often zooms past the cracking point. Yet everyone, especially the anchors, are expected to always keep a cool head, as they meander through all manner of unforeseen challenges or technical hitches. 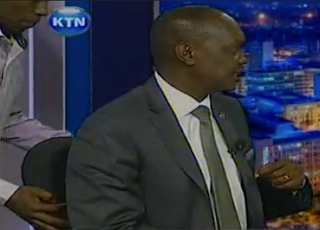 And as for the above live studio intruder, let's just say it was nature's way of granting him his 5-seconds of television fame.